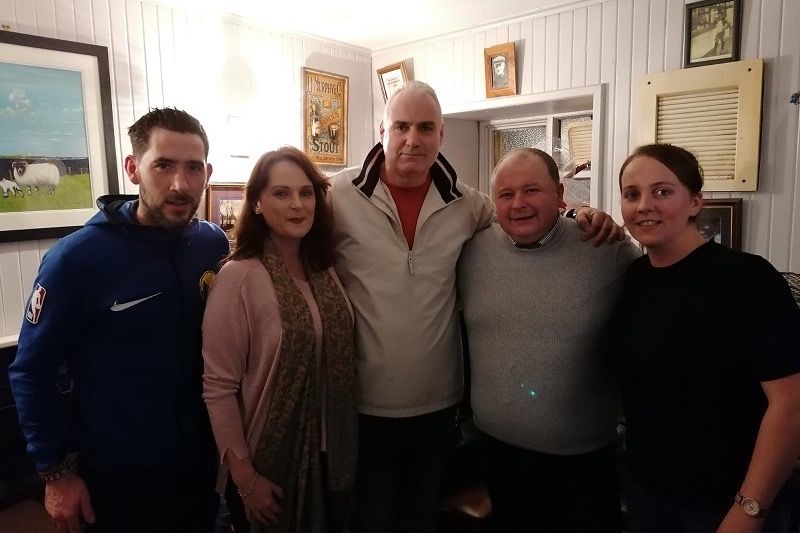 A few familiar faces will be taking part in a Parachute Jump/Sky Dive next month in aid of the new playground that is being developed in Carrick.

Aaron Billy Doherty, Adrian Byrne, Andrea Doherty, Mark McHugh, Cllr Niamh Kennedy and Pat Mulkerins will all be taking part in this high-flying challenge on 1st February – with all money raised going to the development and insurance of the playground.

The brave six will take to the sky wearing their local GAA jersey (Naomh Columba, Chill Chartha and Na Cella Beaga) which will show the 3 clubs coming together for this great cause.

Ex Donegal player Mark McHugh said the playground is a brilliant development for the future children of Carrick/Kilcar/Glencolumbkille.

“It’s great for the local community and with having a young child and another one on the way I see this development giving them hours and hours of fun over their young lives along with countless other children in our locality,” Mark said.

Cllr Niamh Kennedy said the community have been waiting years for the park and now help is needed with the co funding.

“This park will be such an asset to the area, including our visitors and families going to Sliabh Liag.

“Another reason to stay a while in our beautiful Wild Atlantic Donegal,” she said.

All donations are greatly appreciated, no matter how small.

If you would like to support the skydive for Carrick Playground visit the volunteers’ Facebook pages for links to donate.