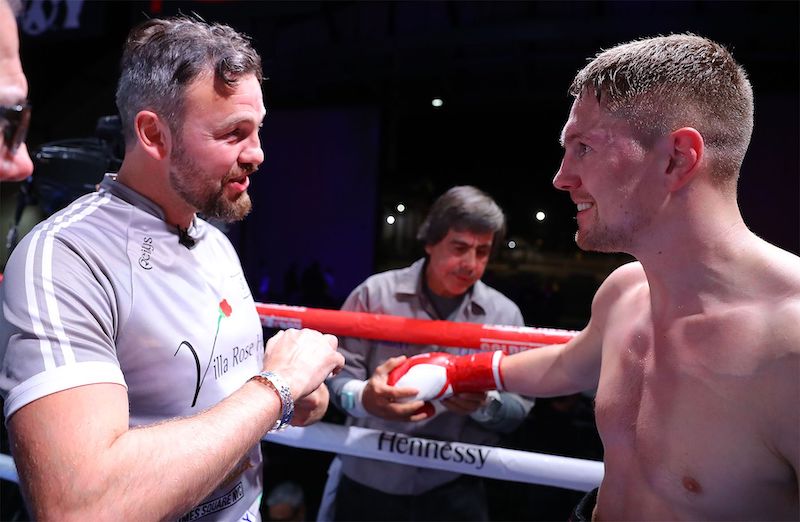 Quigley claimed a vicious third round stoppage win against Fernando Marin in California.

A dominant Quigley was in the zoo as he pummelled the helpless Marin in the second round. Just past the mid-point of the third, the night was over as Quigley caught the Mexican with a crafty right hand.

“It was a huge improvement from the last fight,” Lee said.

“He’s starting to show little bits of what he can do.

“I’m happy with it. He’s still only showing glimpses of what he is doing in the gym. There is a different tension when there is a real, live opponent trying to knock you out.

“Overall, I’m happy with that improvement.”

It was Lee’s second fight in Quigley’s corner, seven weeks after a third round win against Abraham Cordero.

Lee added: “I thought the referee was going to step in during the second round. Jason really hurt him and then a sneaky right hand did the damage when all those heavy shots would budge him.”