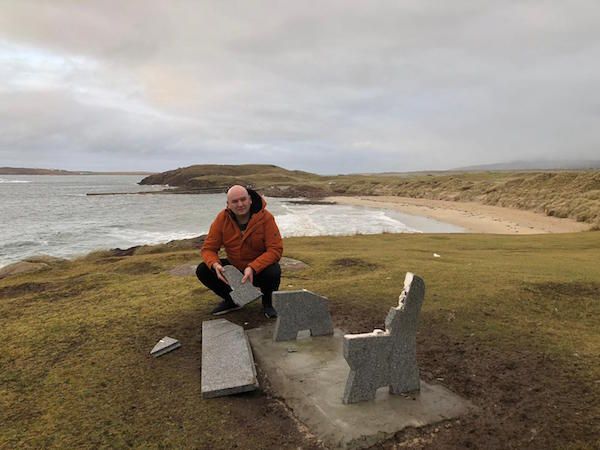 Vandals have destroyed granite sits which were put in place to allow elderly residents to enjoy views of some of Donegal’s most iconic islands.

The granite seats had been placed along Machaire Gathlan in Gaoth Dobhair after a voluntary project was set up by locals.

The idea was to place the beautiful benches along the beach top walks so people could take a rest along the way.

Local man Ciaran Gillespie agreed to fund the €450 cost of the first seat and voluntary workers kindly installed the seat.

Each seat has been inscribed with a verse in honour of the various islands. 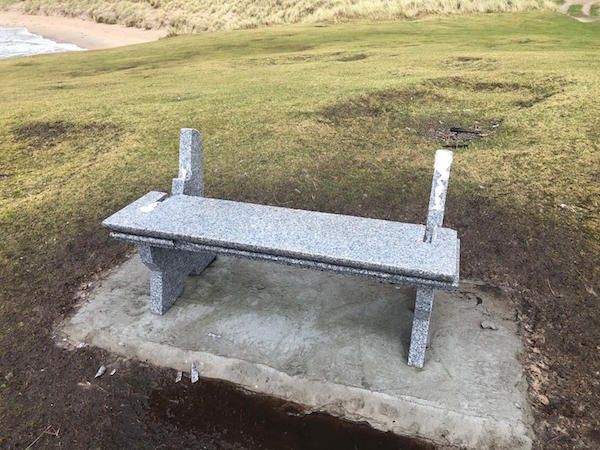 Another of the vandalised seats.

To date, four seats have been erected with plans for another five seats along the coastline in 2020.

However, locals have been left devastated after vandals completely destroyed the seats by pulling them apart and smashing them up.

Councillor Mac Giolla Easbuig said he is just so disappointed and annoyed by the attacks.

“I can’t say how disappointed I am. These seats were a lovely idea and thankfully, through the kindness and goodness of local people, we were able to put them in place.

“They were used so much by people, many elderly, who simply needed a rest while out walking and taking in the spectacular views of our islands.

“Now this has happened for no apparent reason and it is just so disappointing,” he said.

He hopes that local clubs and businesses may contribute in any way towards repairing and replacing the seats so they can be enjoyed once again by locals.