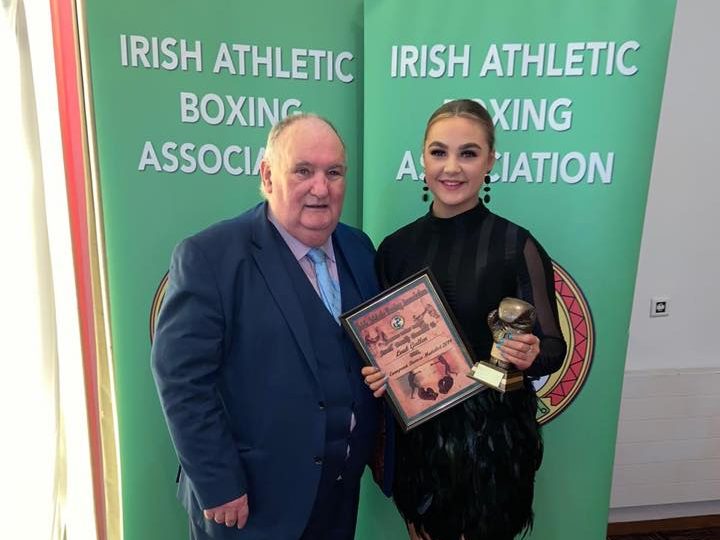 FOUR DONEGAL boxers were honoured on Saturday night at the IABA’s annual awards dinner at the Louis Fitzgerald Hotel in Dublin.

Gallen won bronze at the European Youth Championships in Sofia. 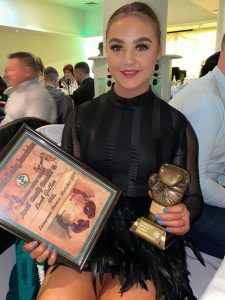 The five-time Irish champion – who gloves off in Friday’s Under-18 welterweight final – had wins over Annemarie Schierle and Gulcan Arga to claim her second European bronze medal last September.

Illies Golden Gloves’ Irving secured bronze at the European Schoolboy/Girls Championships in Georgia in August. Irving beat Ozkan Pinar in the 46kgs quarter-final to earn a place on the podium. 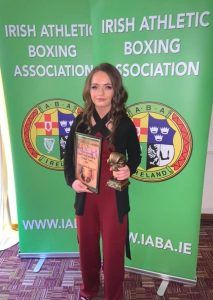 Ballyshannon’s Ward, who punches with the Carrickmore club in County Tyrone – also won a bronze in Georgia, losing out to Ethan Moore in a 68kgs semi-final after beating Yahor Prudnikau of Belarus.

Dungloe native McCole finally got his hands on an Irish title when he beat Martin in the Irish senior welterweight final.

Boxing for Illies Golden Gloves, McCole made amends after falling just shy of the line a few times. McCole was named as Best Senior Boxer for his endeavours. 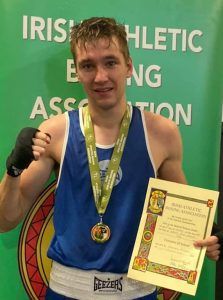