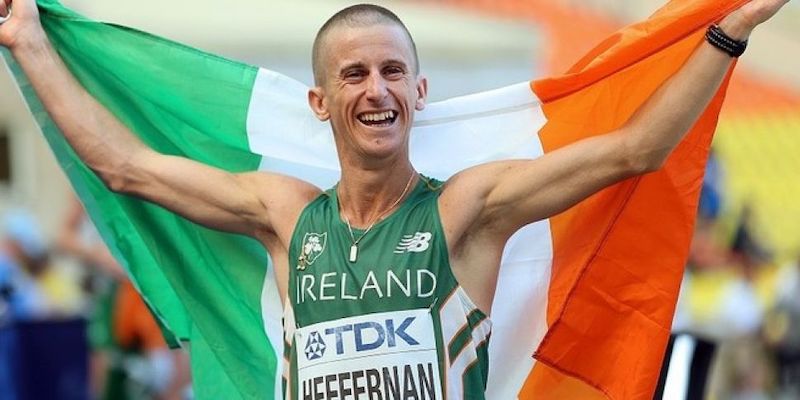 Listen: Rob Heffernan looks back – and forward – ahead of Donegal Sports Star Awards

A sold-out attendance of over 600 guests who will see 40 award winners from 180 nominees presented with awards for their achievements in 2019.

Cork native Heffernan jetted in this morning from Spain, where his son Cathal is playing with the Republic of Ireland Under-15s and will fly back out tomorrow morning.

Heffernan won gold in the 50k race walk at the 2013 World Championships in Moscow and was retrospectively awarded a bronze medal from the 2012 Olympic Games in London when race winner Sergey Kirdyapkin was banned for a doping violation.

Heffernan reflected on his own career, the future of his sport and his hopes for Finn Valley AC’s 50k race walker Brendan Boyce who he now coaches in Cork.

Boyce has qualified for the Olympic Games and Heffernan has high hopes for the Milford man as he told Donegal Daily/Donegal Sport Hub in an interview this afternoon.