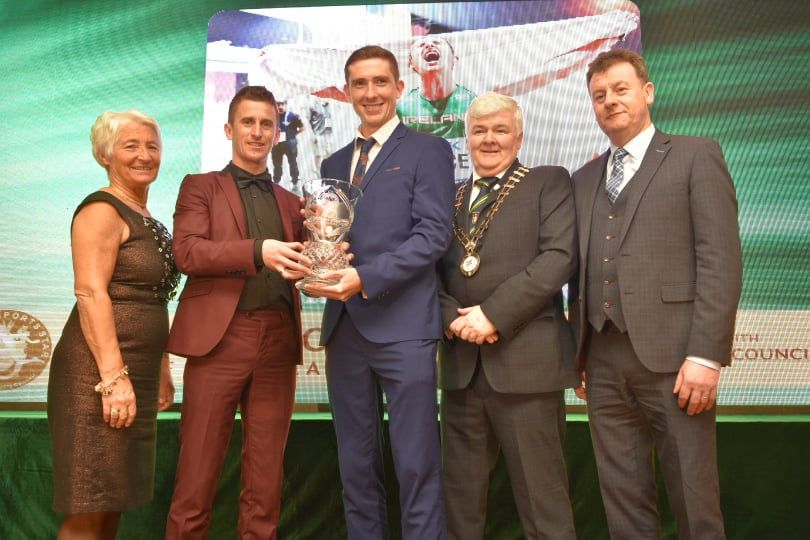 Brendan Boyce is 2019 Donegal Sports Star of the Year

BRENDAN Boyce has been named as the 44th Donegal Sports Star of the Year.

The Finn Valley AC race walker was chosen as the 2019 recipient tonight’s awards ceremony in the Mount Errigal Hotel, Letterkenny.

By Chris McNulty at The Mount Errigal Hotel. Pictures by Geraldine Diver

Boyce finished a remarkable sixth place in the men’s 50k race walk at the 2019 IAAF World Athletics Championships in Doha.

The Finn Valley AC man came through the piercing temperatures to finish in four hours, seven minutes and 46 seconds.

Former Irish race walker Rob Heffernan, the 2013 World champion and 2012 Olympic bronze medalist, was the special guest for the night. Heffernan – who is Boyce’s coach – presented the Donegal athlete with his award.

The awards were again held in association with Donegal County Council.

“It’s a great privilege to be here. We’re proud of our long-standing association of these awards,” Cathaoirleach of DCC, Cllr Nicholas Crossan, said.

“I’m honoured to acknowledge and recognise the value of sport in Donegal. Sport is the only thing that joins us together and instills a sense of pride within us.

“Behind each nominee, there is a network family, friends, coaches. clubs and volunteers. These people are the lifeblood of sport. Without their drive and commitment, we wouldn’t have the calibre of sport that we have.

“I am sure that DCC will continue this sponsorship.” 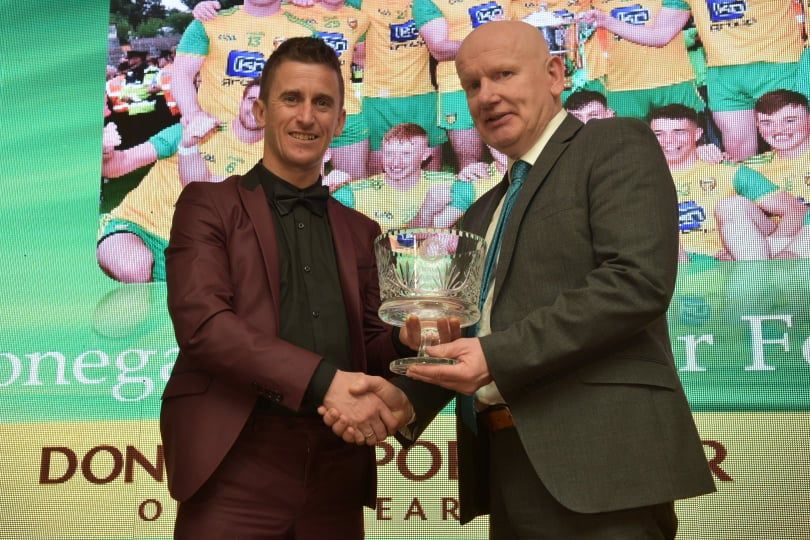 Murphy captained Donegal to the Ulster title – their fifth of his captaincy – and also led the Tir Chonaill men to promotion from Division 2, winning the final against Meath. 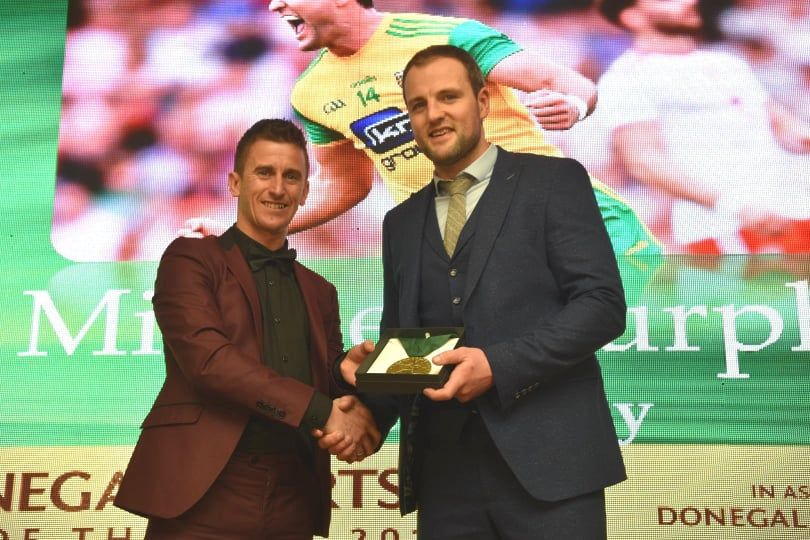 Leah Gallen won two Irish title and a European bronze medal in 2019, and on a night when she won her sixth Irish title, she won the boxing award.

In 2019, the Raphoe ABC welterweight won the Girl 6 and Under-18 finals and went on to collect bronze at the European Youth Championships in Sofia, where she defeated Annemarie Schierle and Gulcan Arga.

Georgie Kelly was the soccer award winner. Tooban man Kelly hit 14 goals for Dundalk in 2019 as the Lilywhites continued their recent dominance of the League of Ireland scene. Kelly has been a big hit at Oriel Park. Kelly has bagged some important goals over the last couple of seasons.

The St Johnston man, a product of Kildrum Tigers’ schoolboy teams, was picked up by Portsmouth from Derry City. 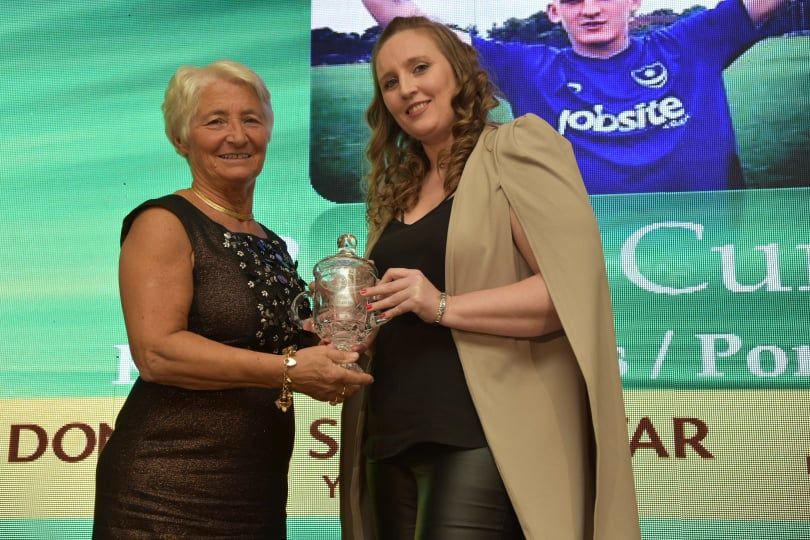 Curtis hit 12 goals for Pompey last season and already this term he has bagged 13.

Curtis – the 2018 Irish U21 player of the year – has graduated to the Republic of Ireland senior squad and has been capped three times.

In a video, played on the night, he said: “I’d like to say a big congratulations to everyone on their awards. A big thanks to the Donegal Sports Star Awards committee for nominating me. To have my achievements recognised is always an honour. A big thank you to everyone in the League of Ireland for showing your love and support. Sorry I can’t be there tonight, but hopefully you all enjoy the evening.”

In July, 13 gymnasts from the Finesse Gymnastics Club represented Ireland at the World Gymnaestrada in Dornbirn Austria.

It was only the second time in World Gymnastics history that Ireland has been in attendance. 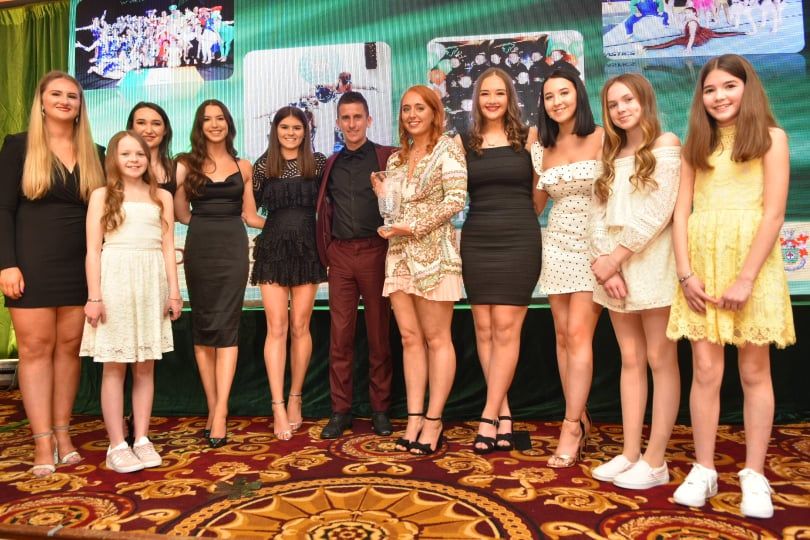 The previous month the Finesse Junior and Senior Display Teams won five out of the six possible awards at the National Indoor Arena in Blanchardstown, Dublin. The Club also enjoyed a hugely successful day at the GymSTART Challenge in the Sport Ireland Indoor Arena at the National Sports Campus in Dublin in November. 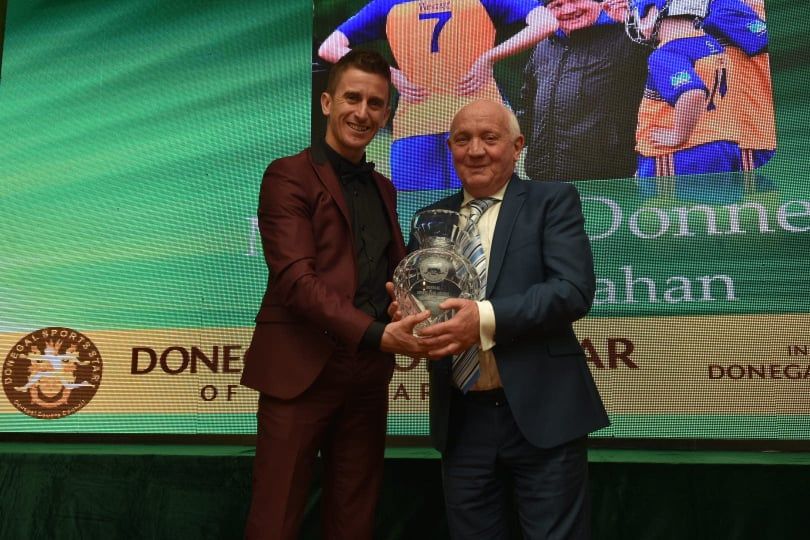 Geraldine McLaughlin won a Sporting Acknowledgement Award after a magnificent year in 2019. McLaughlin helped Donegal to retain their second Ulster SFC title in June and was the Player of the Month. She was a Ladies All-Star nominee and also helped her club, Termon, to win back the Donegal Ladies SFC crown and went onto contest the Ulster final.

Republic of Ireland captain Seamus Coleman was unveiled as an ambassador of the Donegal Sports Star Awards.

The Everton and Ireland star was represented by family members Henry, Marie and Stephen tonight.

Coleman said: “Being asked to be an ambassador brings me back to my own early days playing and makes me realise how lucky I was to make it to the top of my sport.”