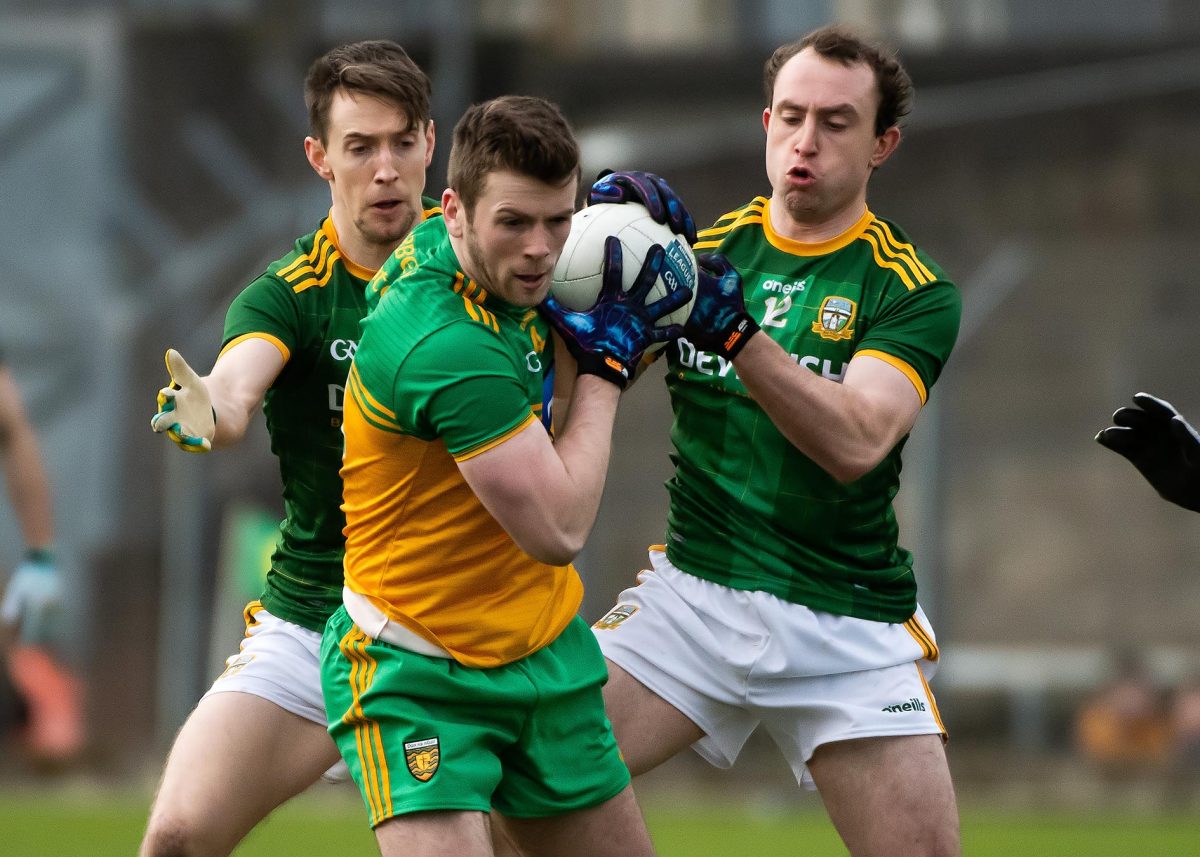 Donegal are leading at the break against Meath in Navan in their second outing of the Allianz League Division 1 this afternoon, writes Alan Foley

Declan Bonner’s side weren’t at their best against the wind and even saw Michael Murphy miss a penalty on 16 minutes, when Marcus Brennan in the Meath goal got down low to save.

Meath were 0-4 to 0-1 up but Donegal got to grips with the situation the longer the half went on and got a goal from Odhran McFadden-Ferry on 27 minutes to move in front.

Donegal were awarded a second penalty and who else but Murphy stepped forward and this time he got the better of Brennan to net on 33 minutes.