Up to 1,000 protestors walked the grounds of Letterkenny University Hospital today demanding the immediate opening of an Acute Stroke Unit.

Letterkenny is the only hospital in the country that does not have a vital Acute Stroke Unit.

The lack of basic services, according to Consultant Geriatrician Professor Ken Mulpeter, is causing as many as 16 deaths or severe disabilities per year.

Prof Mulpeter is leading the campaign to install the life-saving unit. He said the unit was approved before the hospital was flooded in 2013 but the unit has still not been staffed. 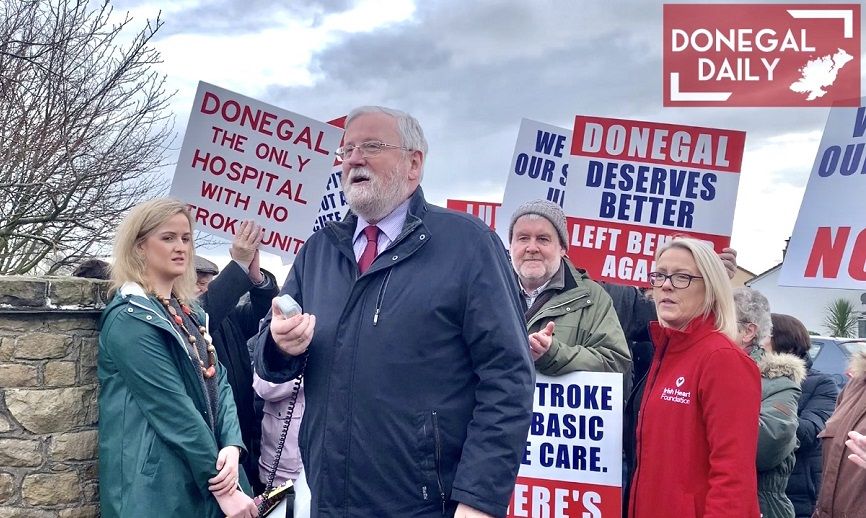 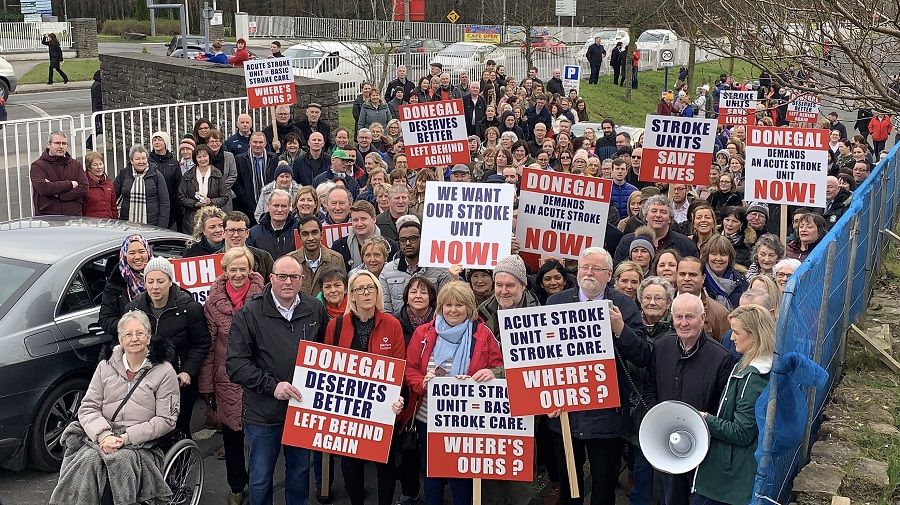 Protest at LUH demanding the opening of an Acute Stroke Unit

Following unsuccessful applications for funding to staff the unit, Prof Mulpeter has been forced to make the issue public.

And hundreds of supporters backed his call this Wednesday afternoon in an hour-long protest at Letterkenny University Hospital.

Campaigners are demanding the opening of the unit in 2020. If the HSE does not take action on the issue, Prof Mulpeter said he will quit the hospital. 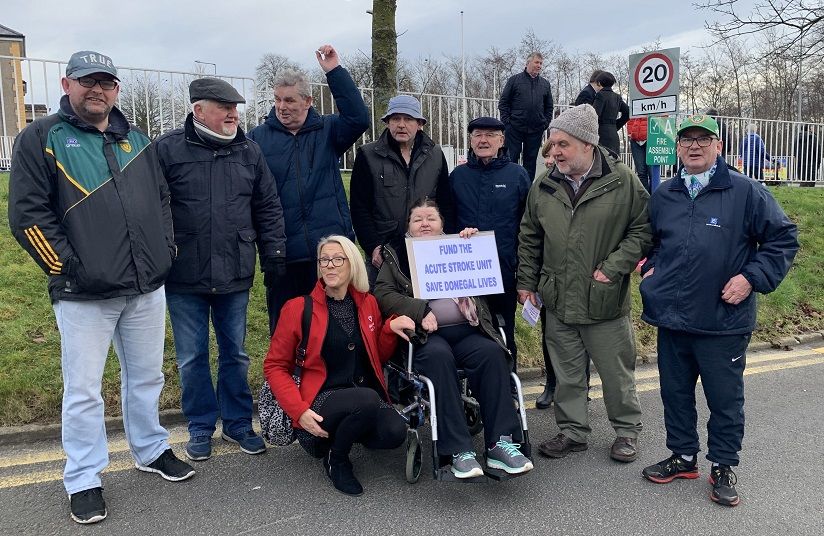 Relay For Life Donegal on track for...

For Sale: Now’s your chance to own...