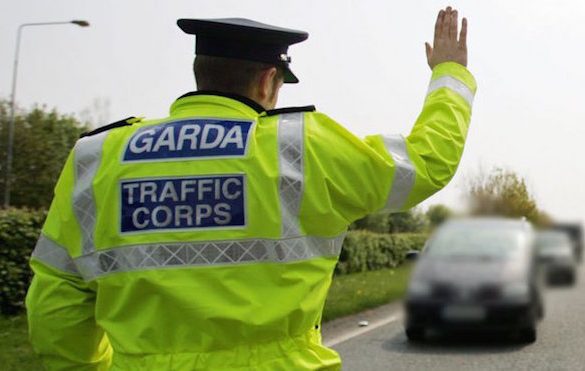 A man who led Gardai on a 28km chase before ramming a patrol car has been jailed for 18 months.

Edward Boyle drove the wrong way around roundabouts and also crashed into a car containing an 11-year-old passenger.

At one stage of the pursuit, another Garda car tried to stop Boyle by driving in front of it but he rammed into the back of it.

The father-of-three, aged 31, appeared at Letterkenny Circuit Court in Co Donegal where he pleaded guilty to a range of driving offences during the pursuit from Letterkenny to Lifford on April 11th, 2018.

The pursuit eventually came to a stop in Lifford when Boyle drove the wrong way around a roundabout and collided with an oncoming car causing €1,517 of damage which has never been paid back.

Boyle, with an address at Milltown, Kilmacrennan, had pleaded guilty to a number of charges including endangerment, eight counts of dangerous driving, driving without insurance, driving without a license, resisting, two counts of criminal damage and obstructing Gardai.

Barrister Fiona Crawford told the court that two passengers in the car were “egging on” her client and that he was remorseful.

He had completed the Pro Social Drivers Course and the Probation Service said there was a “moderate risk” of the accused reoffending.

Judge John Aylmer said the Gardai had a difficult enough job without having to come face to face with such situations.

He sentenced Boyle to two years in prison but suspended the final six months of the sentence.

He also banned Boyle from driving for ten years.