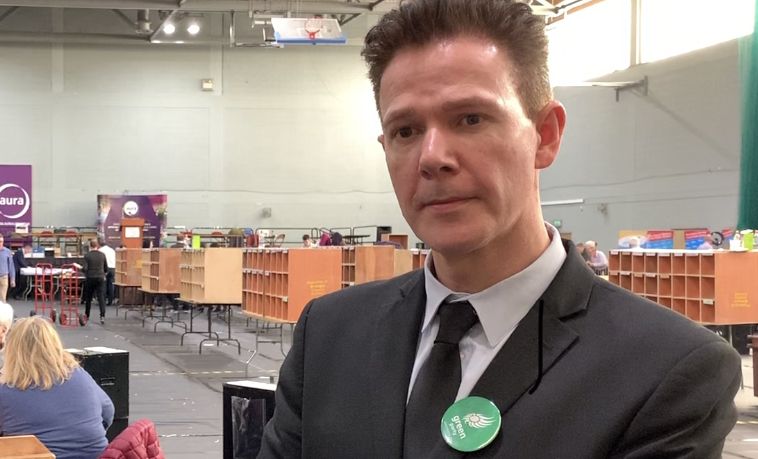 Election 2020: White eliminated, but shoots of hope for Green Party in Donegal

ALTHOUGH he has been eliminated from the race to Dáil Éireann, Green Party candidate Michael White says he has been encouraged by the performance

First-time candidate White took 1,656 first preference votes and says the Greens are ‘on the scoreboard’ now against the established parties.

“When the election was called, we didn’t even have a bank account, but now we’re confidence that we will do much better in the next election,” White told Donegal Daily.

“We are starting off where Sinn Féin were in 2002, with a low base and low resources. We are happy to get on the scoreboard and compete with the machines.

“We have come from a zero base and we have got on the scoreboard. I am actually really happy that we got a good vote and we have a good base.”

White confirmed that the Green Party intends to run candidates in future local election in Donegal.

White’s 2,339 votes will now be distributed.

The four-into-three battle between Charlie McConalogue, Pat The Cope Gallagher, Thomas Pringle and Joe McHugh is hotting up with 1,116 separating the quartet.

So far, only Sinn Féin duo Pearse Doherty and Pádraig Mac Lochlainn have been elected from the Donegal Constituency.