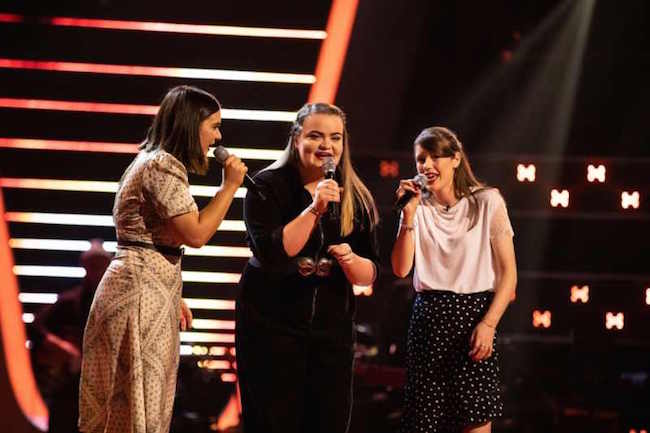 Three teenagers from Dungloe last night hit the big time after wowing the judges on the Voice UK 2020.

The Evergreen girls are friends Lara, Joni-K and Mary Briege.

Will was the only coach out of Sir Tom Jones, Olly Murs and Meghan Trainor to turn his chair for the trio.

But Sir Tom revealed he was gutted he couldn’t have the group join his team as all his ten spaces had been taken.

The girls say they started singing together at school and came up with the name because Donegal is “so green and beautiful’’.

And their biggest fan – and their unofficial manager – is Toni-K’s grandmother who says she loves their singing.

Next Saturday, February 22, the second round of The Voice UK starts with the battles.

Each judge will pit two of his picks team against each other in a sing-off to see who makes into the next stage of the competition.

The show is screened on ITV at 8 pm and we’re hoping Evergreen will make it all the way.