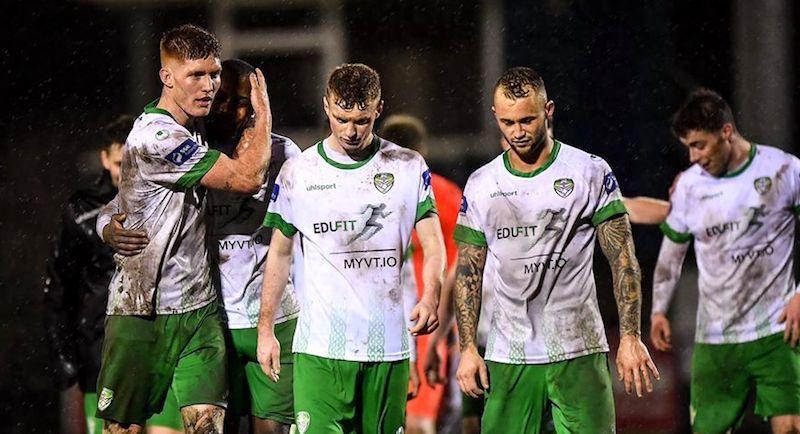 Carlin gets 90 minutes as Cabinteely fly out against Seagulls

JONNY Carlin helped Cabinteely to an opening night win over Bray in the League of Ireland First Division last night.

The Killygordon man, now in his second season at Cabinteely, had an injury-disrupted 2019 and is aiming to make a mark this term.

He almost did that when launching an ambitious effort in the first-half that flew over the Bray crossbar.

The centre-back, who signed for Cabinteely from Kildrum Tigers, tried his luck from distance, but he was jet over.

Kieran Marty-Waters had Cabinteely ahead by that stage, while Lilius Labutis doubled the lead on the half-hour.

By half-time, Keith Dalton’s double had Cabinteely 4-0 up. Gary Shaw pulled one back and, in added time at the end, Jack Watson bagged a second for the Seagulls.