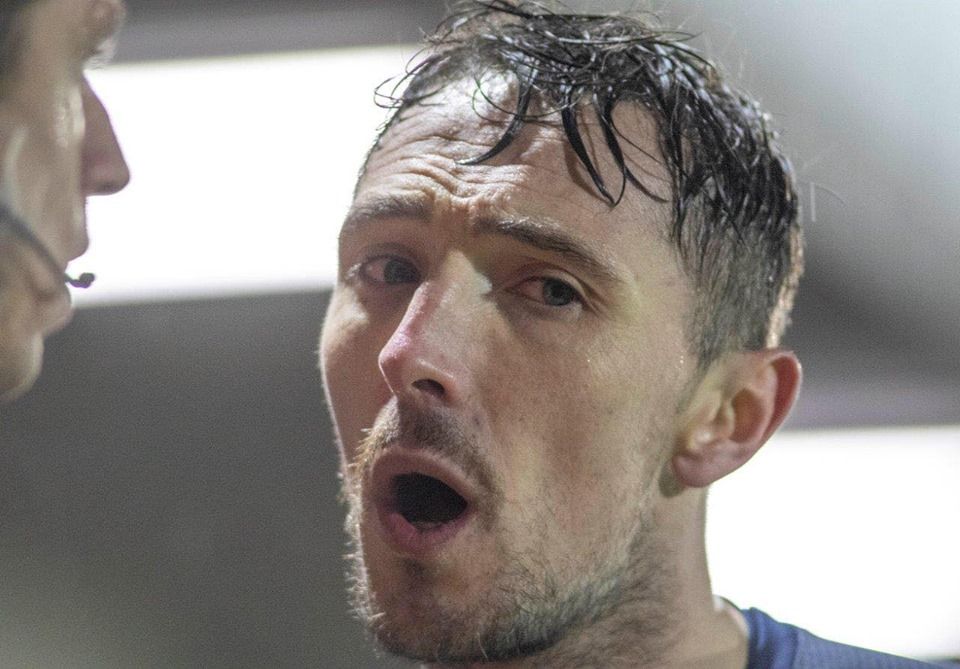 Ref’ Neil Doyle, after such a delay that Harps were re-set in their own half for the kick-off, disallowed the strike by the Austrian following a consultation with his assistant.

Kogler, on his Harps debut, collided with goalkeeper Liam Bossin to convert after the Cork net minder spilled a Ruairi Harkin shot. Bossin had to be withdrawn after the impact and Kogler’s goal was chalked off, much to the chagrin of the visitors.

“The ‘keeper was down that long. If the ‘keeper had got straight up, they’d have gone to the centre circle to tip-off. The ref’ gave it and the ref’ said he didn’t see a foul.

“Cork players put a bit of pressure on the linesman. Would he have made the decision without that pressure? We don’t know.”

McGinley put Alec Byrne’s headed goal down to a ‘lack of communication’ in dealing with the 56th minute corner.

While bitterly disappointed with the loss – Harps’ first of the season – the Ards man is encouraged.

He said: “Over the 90 minutes, I think that we were by far the better side. We missed a lot of chances and we gave away a poor goal.

“If we keep on the way we’re going, we’re on an upward trajectory. There is no moral victories in football. We got no points on the table here and we just have to try and bounce back.”