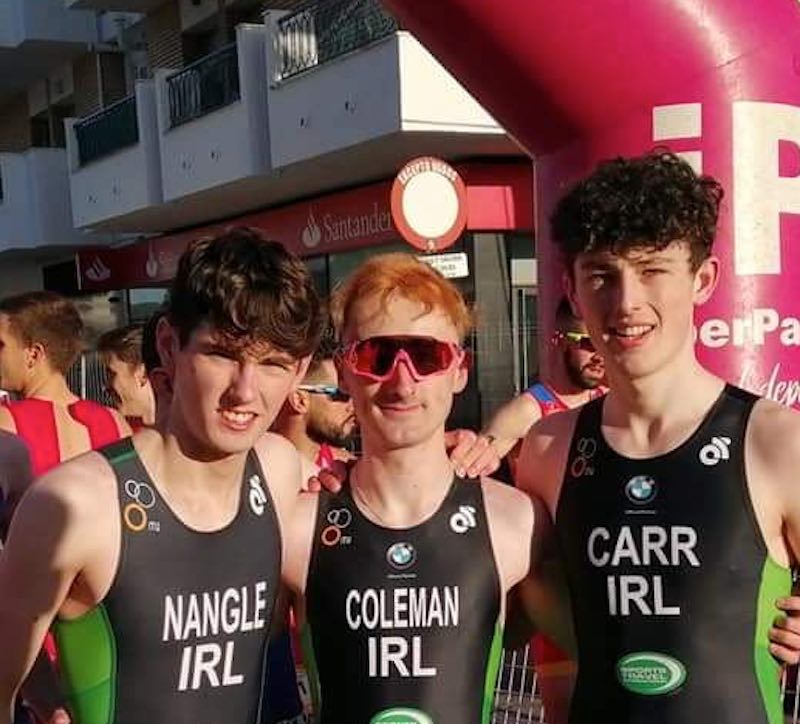 The Letterkenny native, a student at GMIT, was fifth in the 20-24 sprint event in Punta Umbria, Spain.

Carr began his day with a 5k in 15 minutes and 47 seconds – a personal best for the former Loreto Milford student over 5k.

Carr is a regular scorer on Finn Valley and Donegal teams at cross-country events.

He finished in a total tie of 57 minutes and three seconds.

There was another Donegal link to the event in Spain. Andrew Bonner came 16th in the male 35-39 race.

Bonner finished in 59 minutes and 42 seconds.