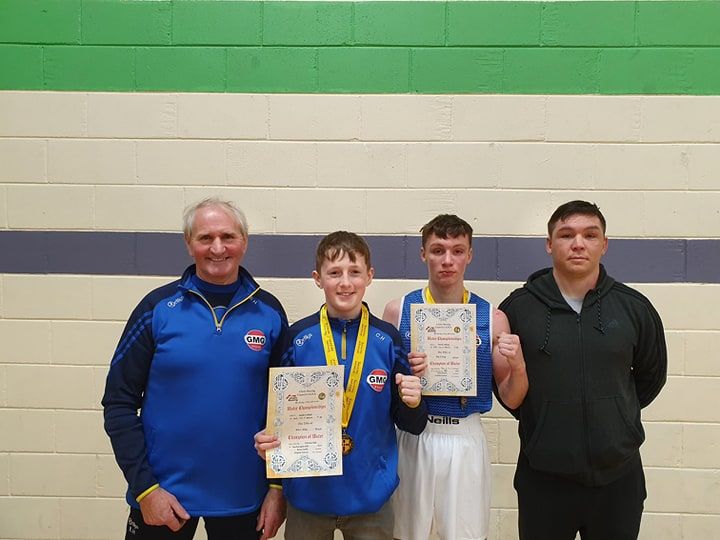 DONEGAL will have 13 boxers competing in the Irish Schoolboy and Schoolgirl Championships after an exciting Ulster finals day in Raphoe yesterday.

A total of 22 contests were held at the Deele College sports hall.

In the ring, Donegal had five champions.

Lifford ABC’s Cameron Mahon (69kgs) and Carndonagh’s Molly Simmons (57kgs) won boy 7 and girl 7 titles via walkovers, but there is no national championships for their categories.