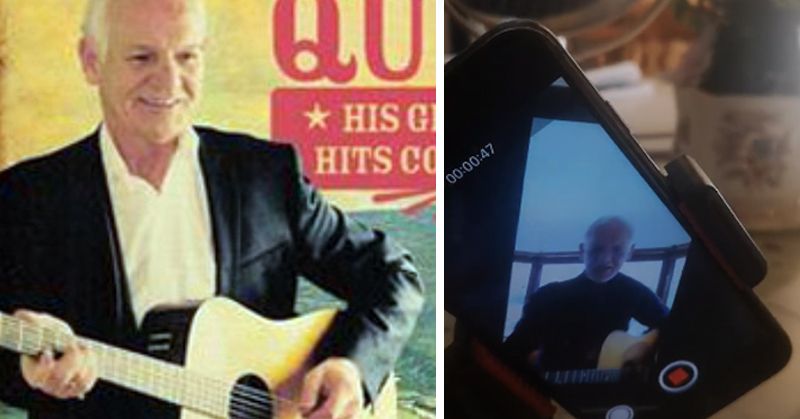 Our motoring columnist Brian McDaid is on a different highway this week – travelling many miles around the world on the web.

Not long enough yet into this journey, too long for a tailback, or another set of road works, but that might change in time.

Instead of giving out about taking the longest time to travel the shortest distance from traffic jams around Letterkenny, we are now searching for the longest time to do the simplest of tasks, such is the amount of time we have on our hands. That is those who are non-essential or non-emergency workers or members of the public that this national lockdown applies to.

If you are doing your part to fight this by staying at home, a big Well Done to you so far, you have probably done more than you realise and even may help save the life of someone in the coming weeks and months by flattening this curve.

I have managed to avoid venturing out the gate of my house for nearly a week now, but have travelled many miles around the world, via the web. I have done this mostly by posting photos on social media of every day things in my home from photos of boil eggs to sun falling through venation blinds to our family pet, our sheepdog Molly. I’m at my happiest when I’m behind the camera, where I spent most of my life, more interested in the process of photography than being part of it.

A view from a home in this lockdown this week. Photo Brian McDaid.

I have however enjoyed the rawness of people that have taken to doing live recordings of themselves singing or playing an instrument, or both, and going live in the front room of their home.

One of these is a star from my childhood, his name is Brendan Quinn. His voice just brings me back to the days of bulky 8 tracks and 4 track cassettes blasting out of customers cars calling in for petrol when I worked as a teenager, too young to go to dances, and too poor to be able to afford a record player.

The old 8 track cassette of yesteryear from the early days of Brendan Quinn.

I tuned in to Tony Blackburn who gave Brendan Quinn great air time on BBC radio, so much so that years later I was totally convinced that American Country singers like Kris Kristofferson and Charlie Rich had done covers of Brendan Quinn’s big hits like “Help me make it through the night” and “Behind closed doors” when in fact it was the other way about. It was Brendan Quinn did the cover version of their songs. Growing up in Letterkenny it was a bit uncool to follow country music, it was whatever was on Top of the Pops that seemed to be the popular choice.

For me it was American country, it was the likes of Susan Mc Cann, Ray Lynam and Brendan Quinn who were the big stars with songs like “Country Roads”, “Papa’s Wagon” and “Four in the Morning” was the music that this townie was tapping his foot to.

Brendan Quinn over the years

This week my discovery of Brendan Quinn doing a live link on Facebook from his home in Fanad was a big trip down memory lane for me.

Initially he was reluctant to sing any of his own hits but as the week went on requests came pouring in for the songs that made him famous, and he gave in. As he lit up the airways with his hit “Angeline would you like to dance again”.

Brenda Quinn in the early years

The American country western fan in me was just loving it hearing Brendan’s voice hitting them notes of them famous songs but the photographer in me was trying to right the mirror image that some of the live links broadcast transmit. In the end up I flipped my computer screen away from me and watched the reflection of the broadcast through a mirror which had things looking right for me.

The mirror image of a clock which shows what a flipped image is shown on some of the live links. Photo Brian Mc Daid.

The face of a clock is the best way to show what a mirror image looks like, with the numbers all back-to front and on the wrong side of the face. In Quinn’s case it was his guitar that was wanting me to flip the image around as any fan of Brendan Quinn will know is a left handed guitar player but his “live link” shows him as right-handed. All chuffed with making his image look right, I showed sons number 2 and 3, who both play the guitar, my bit of handy home-work.

“That’s still not right” they messed, that guitar is also upside down. The scratch plate is on the top, it should be on the bottom, under the strings.

On Brendan Quinn’s next live link he had two new fans, my sons from the next generation marvelling at this gifted left-handed musician strumming out the hits on a right handed restrung guitar.

In these times music giants like Brendan Quinn and Paul Brady and local musicians like John Dolan and even Cas Hunter, singing “I still miss someone”, all of whom who I had the enjoyment and honours of sharing in watch parties this week via Facebook.

These talented people give up their time to perform for free which I can only imagine is difficult to do, looking into the face of a phone and not getting a crowd reaction they would be used to at a live gig on stage. Fair play to them, it takes our minds off what were are going through as the songs that made them famous transport us to different times.

DD Motoring: Can you see me now? was last modified: April 1st, 2020 by Brian McDaid

Breaking: Another 19 Covid-19 cases in Donegal