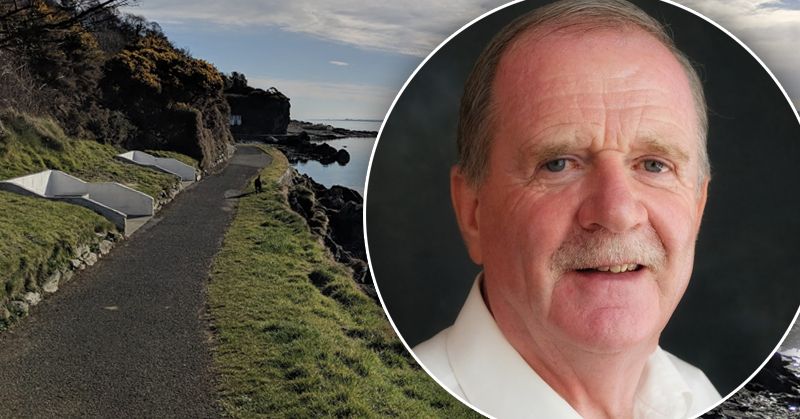 CONCERN has been expressed that travel restrictions and other lockdown measures are being ignored in some parts of Donegal.

It follows reports that a large number of people from outside the local area visited the Moville Shore Path walk in Inishowen today.

The 3km path along the shores of Lough Foyle between Moville and Greencastle is popular among locals and visitors to the area.

Moville-based Labour Party councillor Martin Farren has appealed for people to ‘act responsibly’ and heed the Government-led restrictions to help curb the spread of the Covid-19 virus.

“It is very important that people remain in their own areas,” Cllr Farren told Donegal Daily.

“I would appeal to people to adhere to the guidelines. These are very difficult times for everyone, but we have to take note of the requirements, stay within 2km from our homes to exercise and not make any unnecessary journeys.

“We, the people, should lead by example. If it is the case that people are breaking the guidelines, i would ask that they refrain from doing so.”

Last Friday night, Taoiseach Leo Varadkar announced a series of the most extreme measures, including ‘cocooning’ for those over 70 and others in vulnerably categories; non-essential travel is prohibited and people are permitted out to exercise, but within 2km from their homes.

Cllr Farren said: “The vast majority of people are being very responsible. There is a small minority who maybe aren’t adhering to the rules and regulations. I would appeal to people to stay within their own catchment areas.

“This is a team effort and people all have to play the part. It is a time for caution and we all have to remember our role. People really must act responsibly.”

Cllr Farren praised the efforts of An Garda Siochána, who have been a visible presence across the county over the last week.

He said: “I want to thank the Gardaí, who are really playing a part. They have been out and about on various roads and I have seen them active at the border areas particularly in recent days.

“I would hope that their presence will act as a deterrent for people who might be tempted to take a chance.”

Donegal on the verge of moving to...