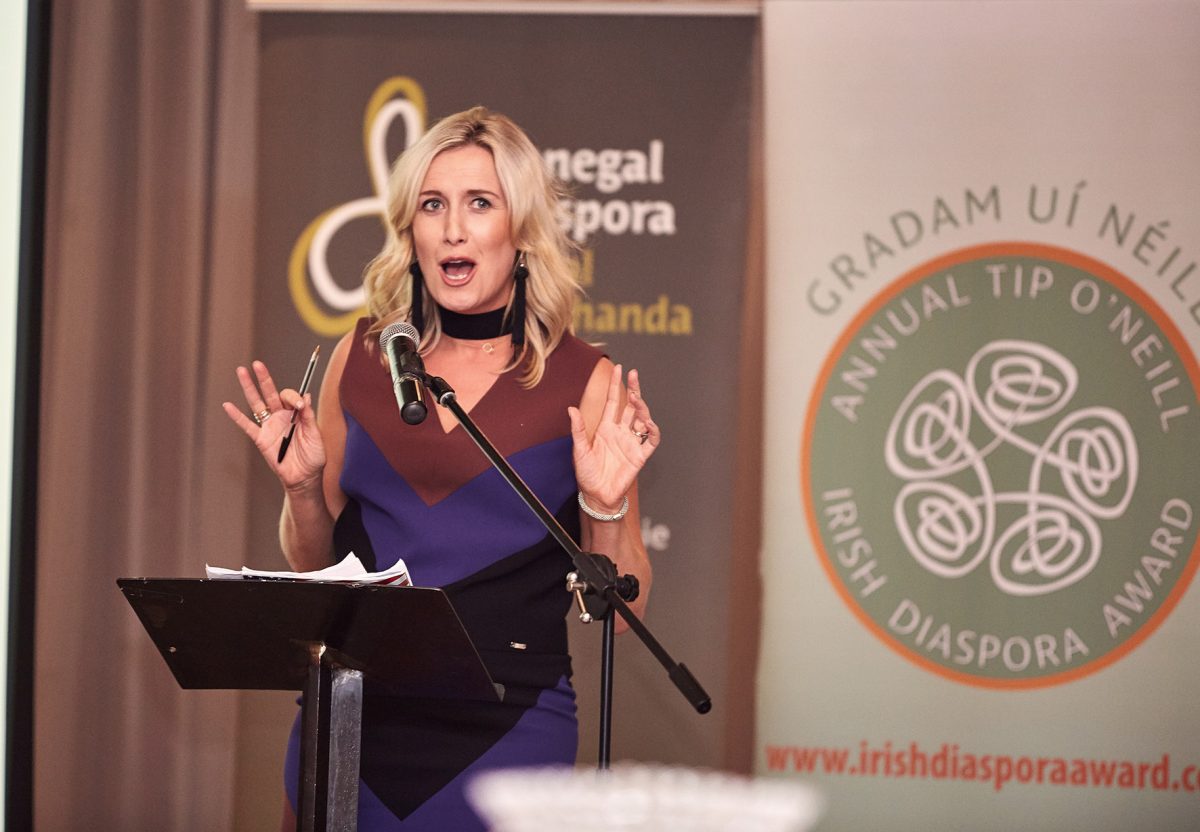 Television presenter Ciara gets emotional after birthday surprise from family

Ireland AM host Ciara Doherty received an emotional message from her family during the Covid-19 restrictions.

The Letterkenny woman is unable to visit her parents as she is living in Dublin as part of her job with Virgin Media.

However, she received a heartwarming birthday surprise live on air, as special video messages from her loved ones caused the Donegal woman to tear up.

Like many born in April, Ciara’s 38th birthday was an odd occasion, as physical distancing regulations and restrictions on movement prevented the TV presenter from seeing many of her family members and friends in person.

Co-hosts Alan Hughes and Tommy Martin, from Annagry, organised a lovely surprise, broadcasting emotional messages from many of Ciara’s loved ones live on air.

Alan kicked off proceedings, saying: ‘We can’t go any further without wishing a very happy birthday to Ciara herself.’

He added: ‘We can’t even give you a big hug, it’s all self-distancing, but we did get a few people who wanted to say hello to you, so have a look’.

Messages were then broadcast from Ciara’s godmother, grandmother, godfather and parents, all of whom wished the presenter many happy returns on her birthday and looked forward to celebrating in style when normality returns.

Ciara was full of emotion after the surprise, wiping tears away and laughing as she protested: ‘You can’t do that to me!’

The Donegal woman added: ‘The funny thing is, I wouldn’t normally see them on my birthday because they’re all in Donegal and I’m in Dublin.

“But I have to say, week three – week four is it — that we’ve all been separated, it is getting tougher isn’t it?’

Ciara was full of emotion after the video birthday messages, wiping tears away and laughing as she protested: ‘You can’t do that to me!’

Ciara went on to say that she was very grateful that she had managed to visit her family members, including her 89-year-old grandmother, on March 5, just before restrictions on movement and social interaction were implemented.