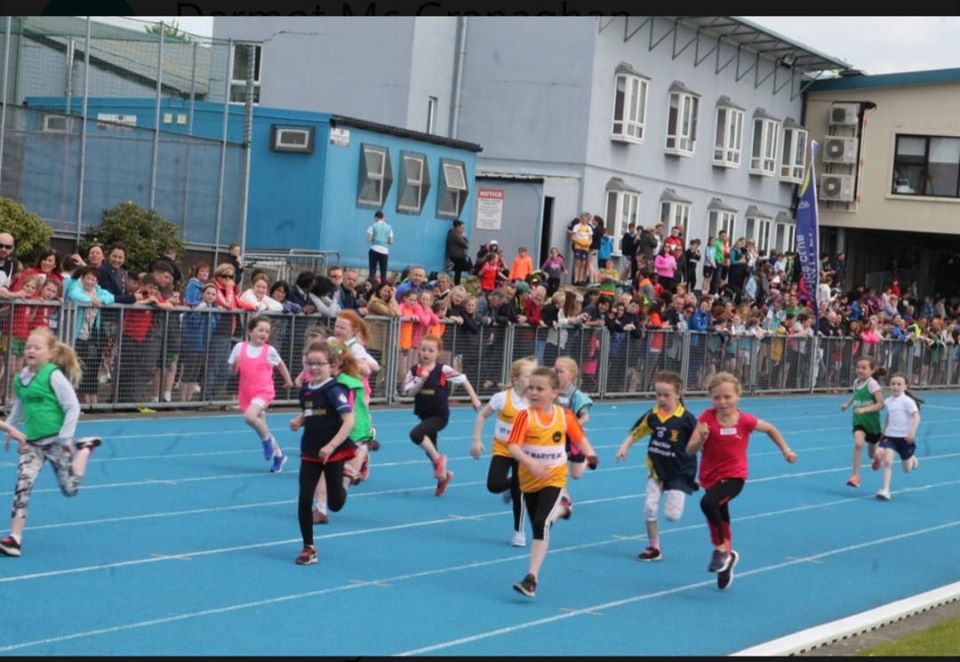 THE Donegal primary schools track and field athletics competition has been cancelled for 2020.

The event was due to celebrate its 50th anniversary next month.

The competition is hosted annually by the Finn Valley AC and has swelled to massive numbers since it first began in 1970, when it was held at Sean Mac Cumhaill Park.

This year thousands of children from around 90 schools were to take part.

However, the 50th celebrations will be put on hold by 12 months.

The refocus for organisers will now be the annual Donegal schools cross-country championships, which take place in September.

“It is an event that has thrown up great youngsters who have made a name in athletics, like Mark English and Sommer Lecky,” Finn Valley AC’s Patsy McGonagle said.

“It has also introduced others to athletics who have gone on to excel in other sports. We intend now to kick back in for the primary and secondary schools cross-county championships in September.”