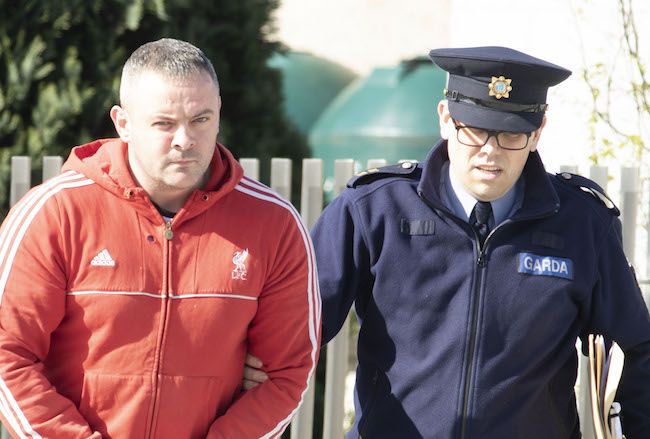 A Garda killer has had his court curfew relaxed after he said he needed more time to enjoy the summer evenings.

McDermott, who killed Garda Gary McLoughlin in 2009, is facing a number of charges including assaulting a Garda and dangerous driving after an alleged incident in Manorcuningham on April 14th last.

The court was told that a file on the case had been sent to the Director of Public Prosecutions but was not ready yet.

McDermott’s solicitor, Mr Patsy Gallagher, said he was applying to have his client’s curfew changed.

Judge Paul Kelly had previously ordered that McDermott to stay in his home from 9pm until 9am each day.

However, Mr Gallagher said his client was seeking to relax the curfew from 11pm until 7am.

Mr Gallagher said “He is allowed to go for walks of up to five kilometres and it is the summer months. It’s bright and it’s not the winter.

“The Gardai know where he is. It is not unreasonable to ask to allow for more time to go for walks.”

However, Garda Sergeant Gerard Dalton said he was opposing the application.

He said “There is nothing stopping him going out all day. For me, this is not a valid reason to look for the curfew to be changed.”

Judge Paul Kelly asked if McDermott, with an address at Abbey Park, Manorcunningham, had broken any of the other bail conditions, in particular the order not to drive a vehicle.

He was told that he had not.

Judge Kelly said that because he had kept his bail conditions he would change the order of the curfew.

He ordered that McDermott must remain indoors from 10pm until 7am, giving him an additional three hours to go for walks.

He was driving a car which struck Garda Gary McLoughlin.

The 24-year-old Garda, who was based at Buncrana Garda station but from Leitrim, was manning a checkpoint at Burt.

McDermott had been trying to evade Gardai during a high-speed pursuit and was trying to drive towards the border at Bridgend to escape into Derry.

The accused had led Gardai on a 30km chase and had reached speeds of up to 150kph.

Just seconds later McDermott drove on the wrong side of the road, ramming the marked garda car and ripping the engine out of it.

The current case was adjourned until July 20th.