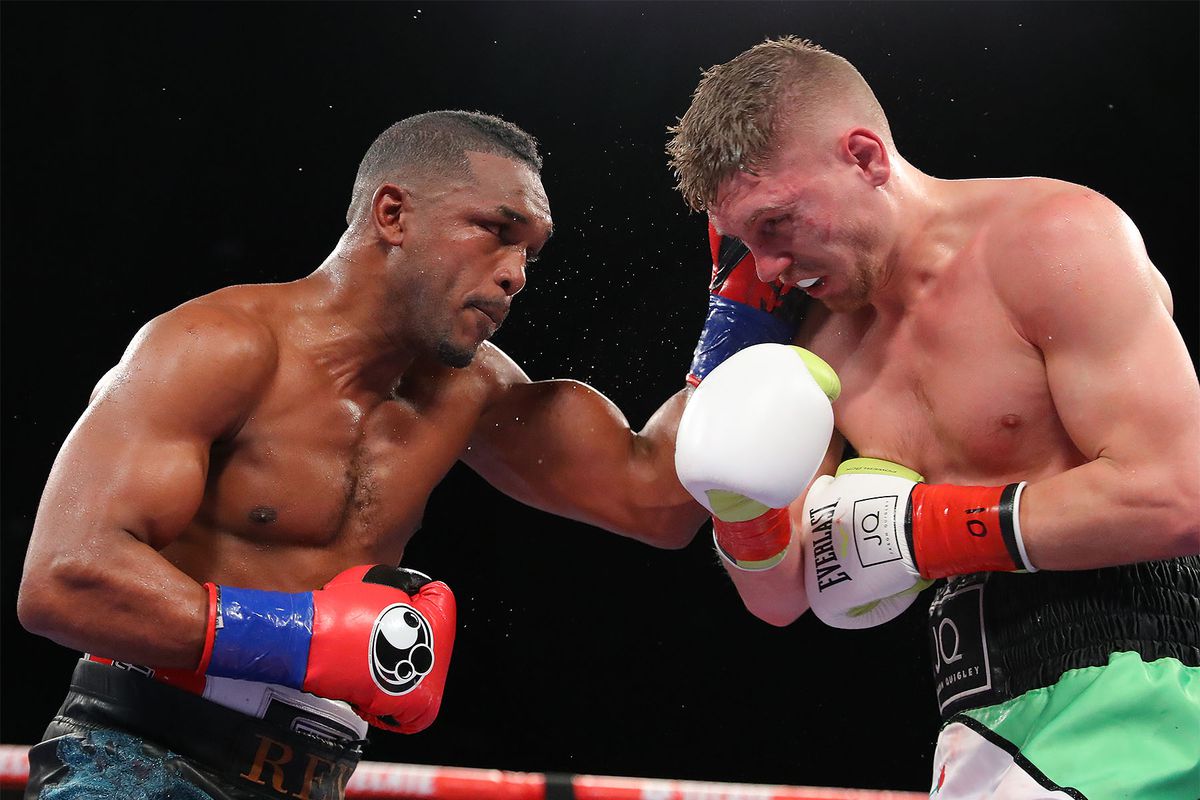 written by Staff Writer May 11, 2020
FacebookTweetLinkedInPrint

JASON Quigley has been backed to become a ‘force to be reckoned’ alongside Andy Lee – by the only man to beat the Ballybofey puncher in his pro career.

Quigley (18-1, 14KOs) has since linked up with Andy Lee and has won his last two bouts.

Johnson was commenting on Instagram, where Finoboxing suggested that Hugo Centeno Jr (27-3-1, 14KOs) had called out Quigley, whose former Irish amateur opponent and WBO title challenger Luke Keeler last night floated the possibility of a meeting on Irish-boxing.com

“If Jason stays with Andy Lee, he could be a force to be reckoned,” Johnson, who has not fought since his win over Quigley, wrote.

“A good fight if made, but I have to be honest, those two would be an even matchup. I’d love to see this fight.

Quigley is currently at 14 in the WBC world rankings with Centeno Jr at 12.

Johnson says he would be excited by the dust-up.

He commented: “I think Jason has the goods to make this a good fight. I fought on the same card as Centeno a while back and he too has power. But honestly, this would make for a difficult bet. They are both similar in style.

“ If Jason still trains with Andy Lee, he could bring serious problems, and if Centeno brings his power, this fight would make good for the odds of beating.

“A toss up fight for me, but exciting in the same. A career defining moment is taken place. And that I believe is very possible, if Centeno is a free agent.”

Johnson upset the odds with his win over Quigley, whose corner called a halt to the fight after the ninth round.

Johnson added:  “Don’t worry about Quigley, those Irish don’t run from a fight. Believe it or not, Quigley and his team was the ones who thought me out. He wants to fight, he loves to fight. This is a good fight.”