Whale and porpoise washed up on Dunfanaghy beach

written by Staff Writer May 15, 2020
Facebook0Tweet0LinkedIn0Print0

A whale and a porpoise have been washed up on a Donegal beach.

The juvenile Long Fin Pilot Whale and the fully-grown female Harbour porpoise were washed up at Killahoey in Dunfanaghy yesterday.

The causes of death is not yet known.

The Donegal branch of the Irish Whale and Dolphin Group is aware of the findings.

The creatures have been inspected and the findings have been reported to the Irish Whale and Dolphin groups.

It is the latest in a series of strandings of such creatures around the Donegal coastline.

The DWDG has asked people to report all such incidents. 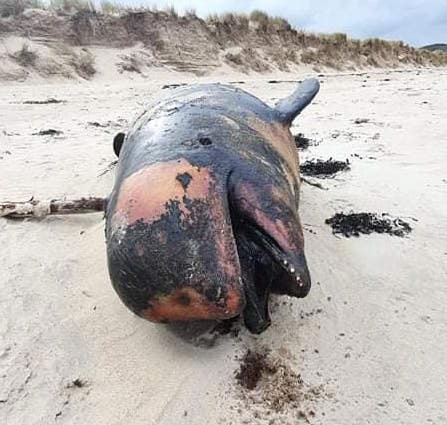 Whale and porpoise washed up on Dunfanaghy beach was last modified: May 15th, 2020 by Staff Writer
Facebook0Tweet0LinkedIn0Print0
Tags:
beachdonegalDunfanaghyporpoiseStrandedwhale