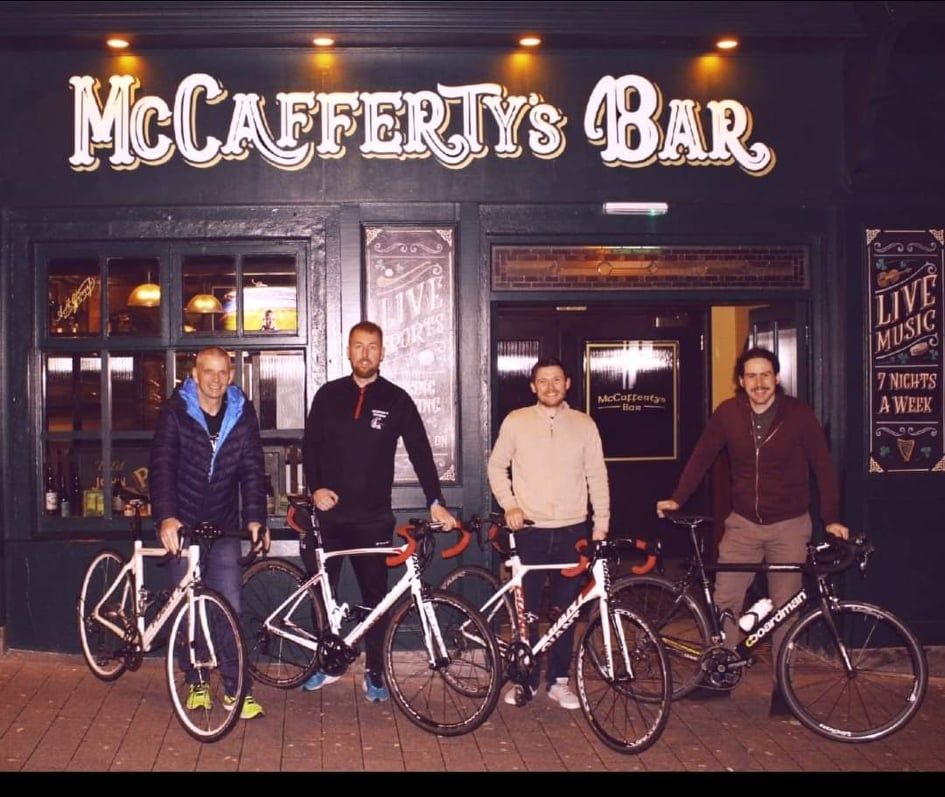 GENERALLY, they don Peaky Blinders-style caps for their work, but in August four Letterkenny men will get their heads around some of the toughest peaks in Donegal.

The quartet of staff from McCafferty’s Bar in Letterkenny are set to take on the Donegal Atlantic Way Ultra 555km cycle – one of the toughest endurance races – on August 28,

Hugh Brogan, Brian Ward, Martin Gallagher and Chris Blockley will take on Mamore Gap, Knockalla, Horn Head, Glengesh and all of the scenic, seismic climbs in between – and all in aid of the Donegal Hospice.

The four will be familiar to revellers in Letterkenny form their work at McCafferty’s, where they are usually attired in the peak caps made famous by Tommy Shelby in Peaky Blinders.

Now, though, it’s the cycling helmets as they get ready for what is described as ‘the greatest challenge you will have this year on a bike’.

The race is ‘the ultimate cycling challenge in the North West if not all of Ireland’ and takes in a stunning 555km of the Wild Atlantic Way.

The foursome will do the challenge as a relay team and have been in training for the last couple months as they seek to raise much-needed funds for Donegal Hospice.

Originally, the race was due to take place last weekend, but the Covid-19 pandemic saw organisers reschedule to August 28. 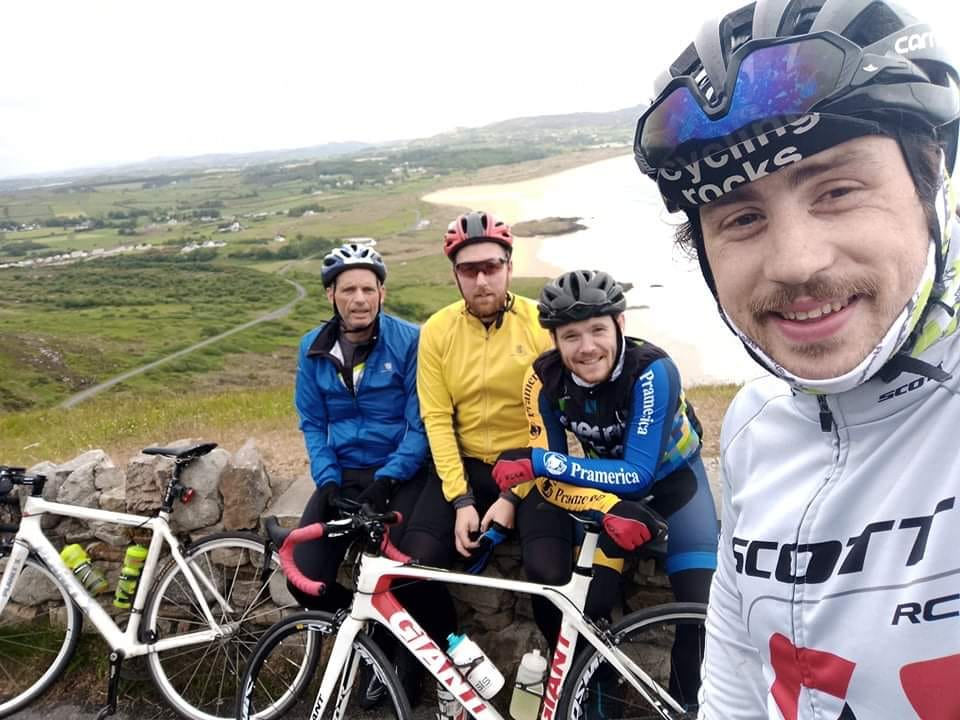 “We have chosen the hospice as its a service that helps so many families in their time of need without any hesitation,” ‘Team McCaffertys 555’ say.

“One hundred per cent of money raised will be given directly to the hospice with any costs been covered by the team themselves.”

One of the team, Hugh Brogan, added: “The race has been something to aim for in training and we always wanted to do something for the Hospice, so this is a good opportunity. We figured that we may as well get something out of the suffering so we’ve decided to raise money for the Hospice.

“There’ll be a few tight hills, but we’ll split them up fairly!”