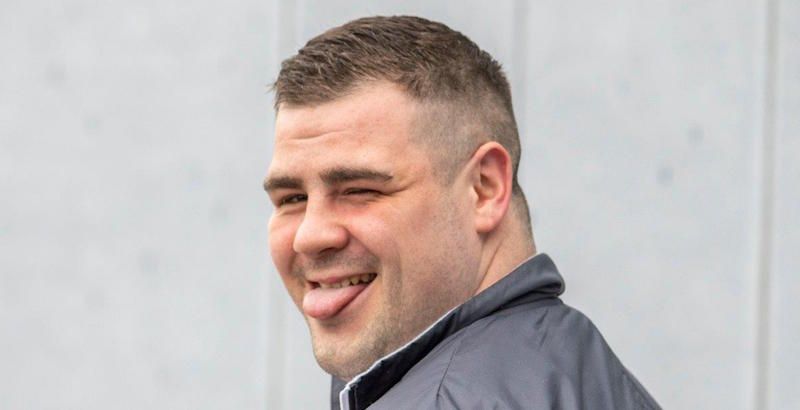 A young man who has been drinking two litres of spirits since he was just 13 has walked free from court after pleading guilty to biting part of a man’s ear off.

Garda Ronan Morris told the court how he arrived at the house and found Mr Sweeney holding his left ear and that a piece of it was hanging down.

He was rushed to Letterkenny University Hospital where he received 13 stitches to save the ear and later had to have plastic surgery.

Gardai said that they found Loughlin upstairs with a number of other people in a bedroom of the house.

He had blood on both his throat and his face and was in a distressed state and was screaming and apologising.

When arrested and interviewed he initially said that it was Mr Sweeney who jumped on him and he denied biting the victim’s ear.

He claimed those in the house were telling lies about him and that he had just wanted to get a taxi and leave the house.

Prosecution barrister Ms Patricia McLaughlin said Mr Sweeney had been invited to make a victim impact statement but had declined.

The court heard that Loughlin, of Windmill View, Glencar, Letterkenny, has 11 previous convictions for various offences including road traffic, robbery and theft.

Barrister for Loughlin, Mr Peter Nolan, said his client had a history of psychiatric issue and on the night had consumed a cocktail of drink and drugs.

He has been in custody facing the charges since December last year.

He said he had a good relationship with his other but not with his father and that his grandfather was his real father figure growing up.

He was now 26 years old but had been drinking two litres of spirits since he was 13, taking cocaine since he was 18 and then hash.

Mr Nolan said his client was deeply sorry for his actions and that he was “not himself” on the night of the attack.

He added that his client’s grandfather had died a short time earlier and that his girlfriend had suffered a miscarriage of their first child together.

Mr Nolan said he would not make the case in the event that Loughlin was thirty six or forty six years of age but he believed that given a chance he could turn his life around.

He suggested to Judge John Aylmer that if he left a suspended sentence hanging over Loughlin’s head then it would give him some sort of chance for the future.

Judge Aylmer said this was a serious offence, placing it in the mid-range of such offences and that it merited a jail sentence of two and a half years.

However, he said that due to an early plea, the fact that he was clearly remorseful and that he was under the influence of drink and drugs, he would reduce that sentence to 22 months with seven months of the sentence served.

Judge Aylmer then said that he was prepared to suspend the balance of Loughlin’s sentence on a number of conditions.

These include that he abstain from alcohol and non-prescription drugs, does not have any contact with any person out of his family with a criminal conviction and engage with the probation services.

However, he warned Loughlin that if he breached any of these conditions he will be brought back before him with a view to serving the balance of his sentence.

Man bit off other man’s ear in attack while high on drink and drugs was last modified: July 14th, 2020 by Staff Writer