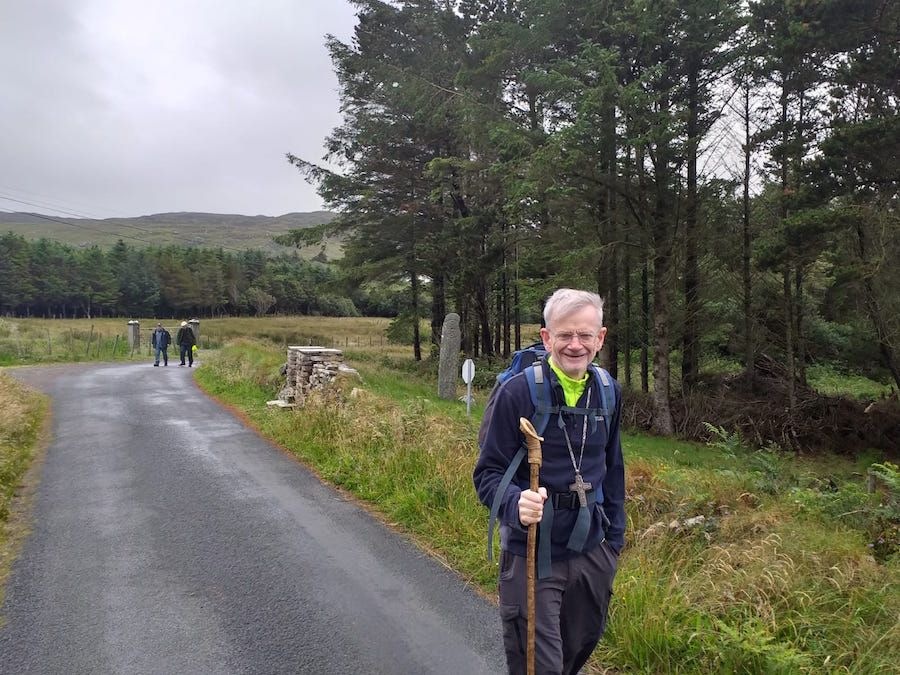 The Bishop of Raphoe, Dr Alan McGuckian has just completed an epic 190 kilometres of a walk which he hopes will one day become the Irish ‘Camino.’

Bishop McGuckian has spent the past two weeks literally following in the footsteps of Saint Colmcille.

Next year sees the 1,500 anniversary of the birth of the saint who founded more than 60 churches and monastaries across Ireland and helped spread Christianity throughout Scotland

An avid walker and jogger, Bishop McGuckian has braved driving rain and the odd outbreak of sunshine to explore the paths once wandered by Saint Colmcille who was born in 521 AD in Gartan.

His journey has taken him across Donegal from Glemcolmcille through Ardara and into Dungloe and even visiting the remote island of Tory with its 140 inhabitants. 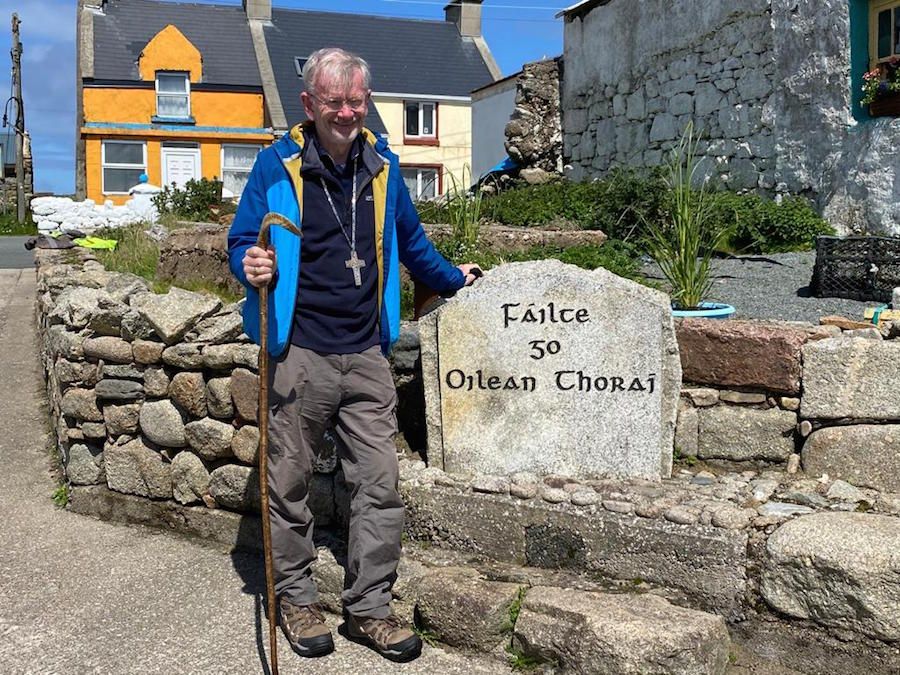 Bishop McGuckian said his journey has taken him to places in Donegal he has never been before.

“When you go out on the road you find that quietness, the quietness that Colmcille was looking for.

“Even if you have people with you, you lose yourself in the beauty of this county and it gives you time to look within yourself and to reflect,” he said.

It is that search for inner peace which Bishop McGuckian hopes will attract people to undertaking the Sli Colmchille once it is established.

He recalls small incidents along the way as being the highlight of his epic track over the past two weeks.

“The simple things have been what it has been all about. The beauty and the quiet.

“I recall one day meeting and speaking to a woman standing in her garden. She popped into her back garden and came back with a bag of lovely apples from her trees. That was lovely.”

He said the establishment of such a walking which will include proper signage will hopefully be undertaken by others if the demand is there. 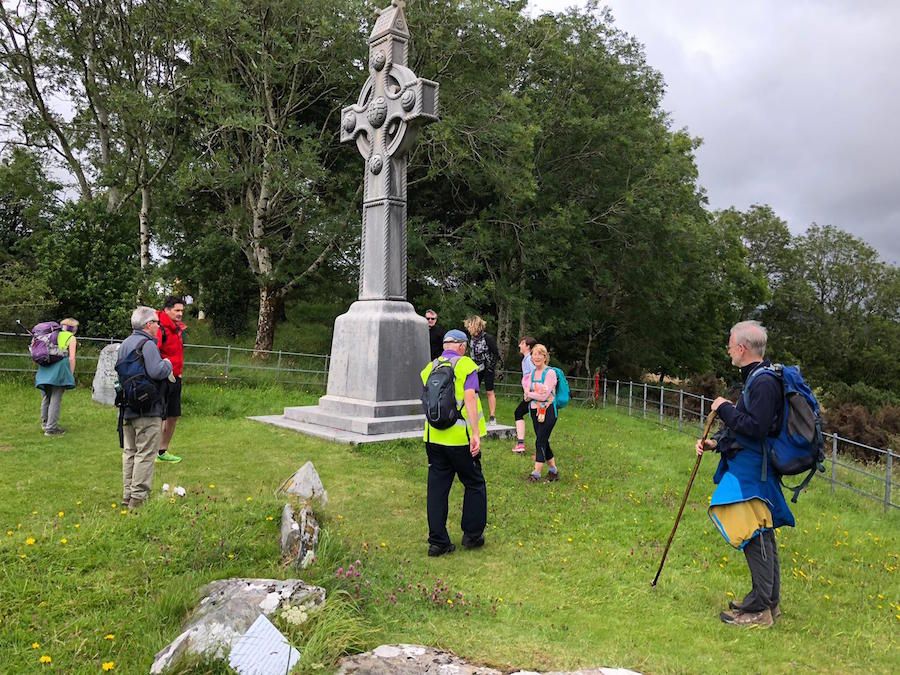 He stressed that he and a few others are just undertaking the walk this year to see where the project could go but the next steps will have to be taken by others such as those in Government level.

He added “Spain has the Camino and many Irish people undertake that every year and they can do all or parts of it.

“Similarly, people can come and do part or all of Sli Colmchille.

“That’s something for others to view and perhaps to look out,” he said.

Those who have met him along the backroads of Donegal will have noticed that Bishop McGuckian carried with him a shepherd’s crook. 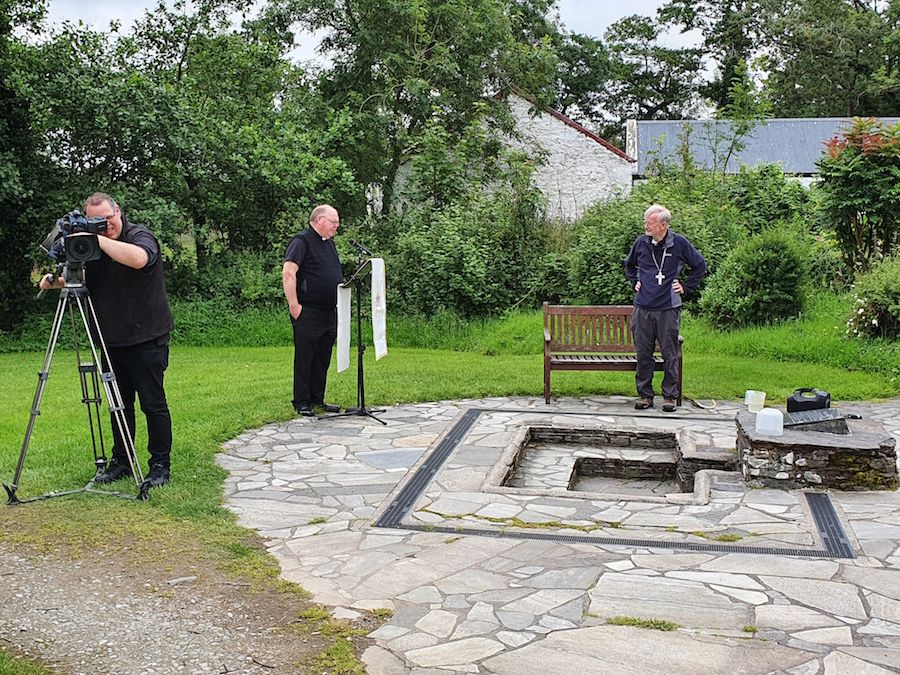 The crook was a present from his friend, the late Fr Seamus Gallagher who he said died too young.

The final part of this leg of the journey took him into Gartan and onto Doon Well in Kilmacrennan on Friday afternoon last.

He will now rest for a couple of days before continuing the next leg of his walk which takes him to Raphoe and into Inishowen.

But he has a warning for other pilgrims considering taking up the route that it is not for the faint-hearted and that preparation is key.

“I would suggest that people do a number of ten kilometre walks before they decide to undertake long walks like this and to build things up.

“Also good footwear and most importantly of all good socks,” he added.

(All pictures by kind permission of Shane Wallace from Wallace Media) 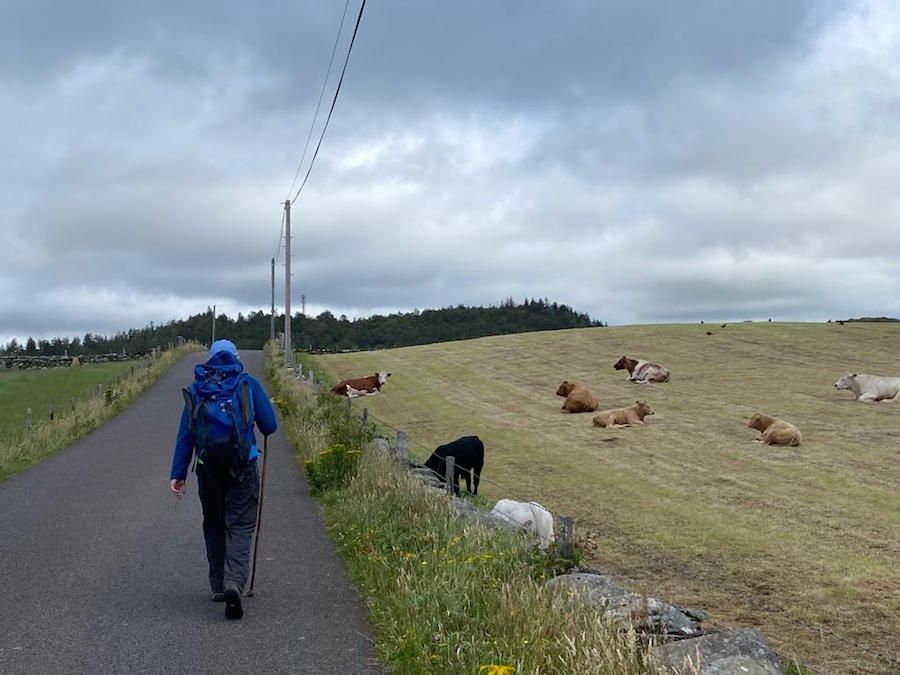