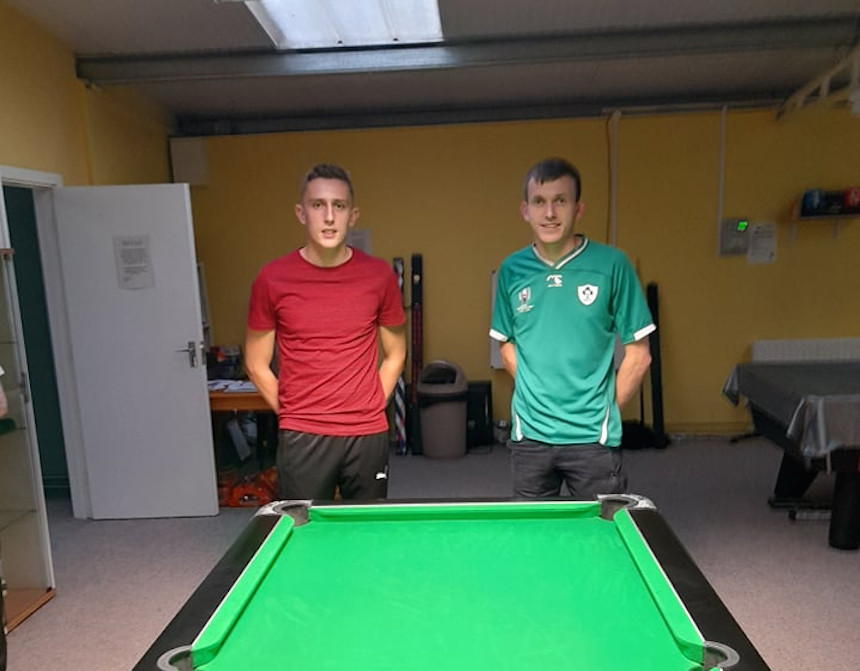 DUNGLOE’S Shaun Sharkey was the deserving winner of the inaugural Saturday Shootout, defeating Tyrone’s Dale Booth in the final.

It was a great day’s pool in CYMS with one of the strongest fields ever assembled for a competition in Donegal.

Well over 30 players contested it, and two time slots were required with round-robin group stages used to determine the 16 players who progressed to the knockout stages.

Dale stormed through his half of the draw, defeating veteran international Davy McQuillan en route, before dispatching Letterkenny’s Anthony Anderson in the semi-final.

Shaun also made short work of his first two matches before overcoming two-times world junior champion, Carl Martin, in a 5-4 match that could have gone either way.

Dale had chances in the final and will rue some costly misses but Shaun was more clinical in amongst the balls and eventually ran out a 5-1 winner.

The final can be viewed at https://youtu.be/5yQIM1p3_hk