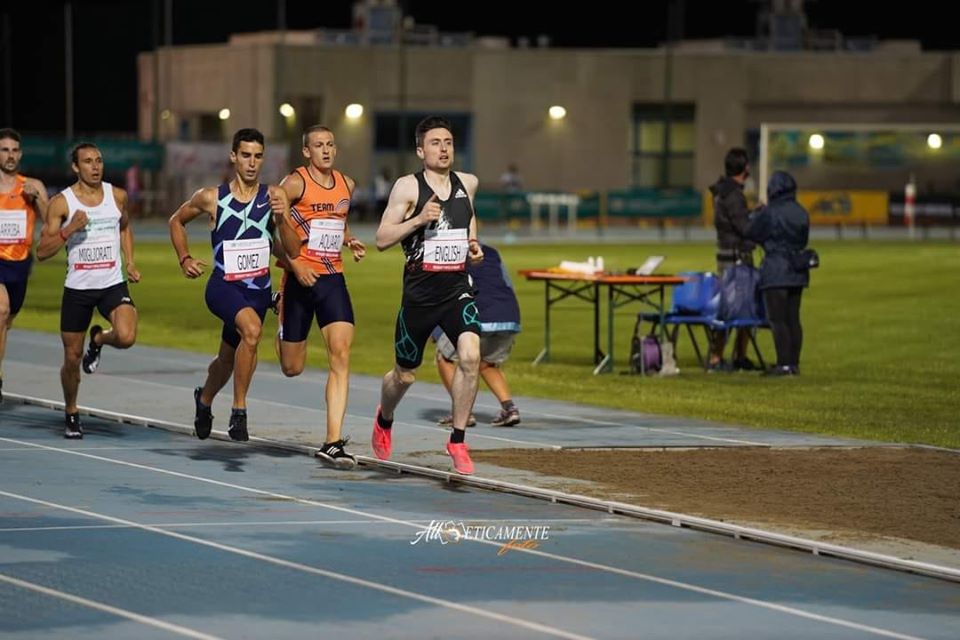 English, the triple European medalist, who joined Finn Valley just before the Covid-19 lockdown in March, had last week won an 800m race at the City of Lisburn Competition on the Mary Peters Track in Belfast.

English was competing in a European Permit meeting at the Stadio G. Teghil in Lignano Sabbiadoro.

The event was held behind closed doors, in line with national directives, and was broadcast on Rai Sport.  This was the 31st edition of the ’Sport Solidarity’  – 7th Ottavio Missoni Trophy.

Last week, English won his race in 1:49.09 with his showings confirming good form ahead of his assault on the 2020 National Senior Championships. The 800m takes place next weekend.