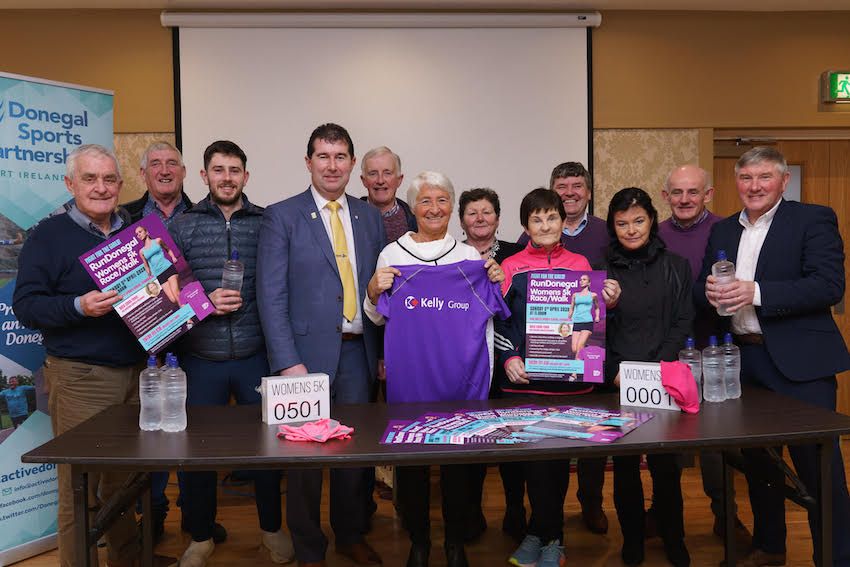 ENTRIES for the 2020 RunDonegal Women’s 5k – which is being held as a virtual event – are nearing the magical mark of 1,000.

The event, which is in aid of the Bríd Carr fund, was originally due to take place in April at the Finn Valley Centre in Stranorlar and was subsequently postponed to August 23.

A record entry of over 950 has signed up so far – and organisers are urging the public to help break the 1,000 barrier.

The online registration will end on Saturday and people are reminded to enter before then.

“We are delighted with our entry so far and we would love to pass the 1,000 mark. It has been a difficult year for everyone involved in sport and this is a great way of staying active and contribute to a worthy cause. We are asking everyone to do their 5k and send their images into us. We have a record entry already in and now our next aim is to get a final push to take us over 1,000 entries.”

The Bríd Carr fund was chosen as the beneficiary again for the 2020 running of the popular event. Bríd Carr died from ovarian cancer in 2014, but her memory lives on – and earlier this month around 40 of her friends and family took part in a 5k near Bríd’s homeplace at Malinmore, Glencolmcille.

Ms Boyle said: “We are confident that with one final push over the coming days, we can actually secure 1,000 entries which would be quite something.”

“So we are appealing to those who walk or run who haven’t signed up yet to do so. It’s somewhat ironic that we will have our biggest ever entry in a year when there won’t be an actual race. Getting 1,000 entries was something we have always aspired to in previous years, so with a bit of luck we will get there by the end of the week.”

To make a donation to the Brid Carr Fund, click here: https://www.justgiving.com/fundraising/Bridcarrfund