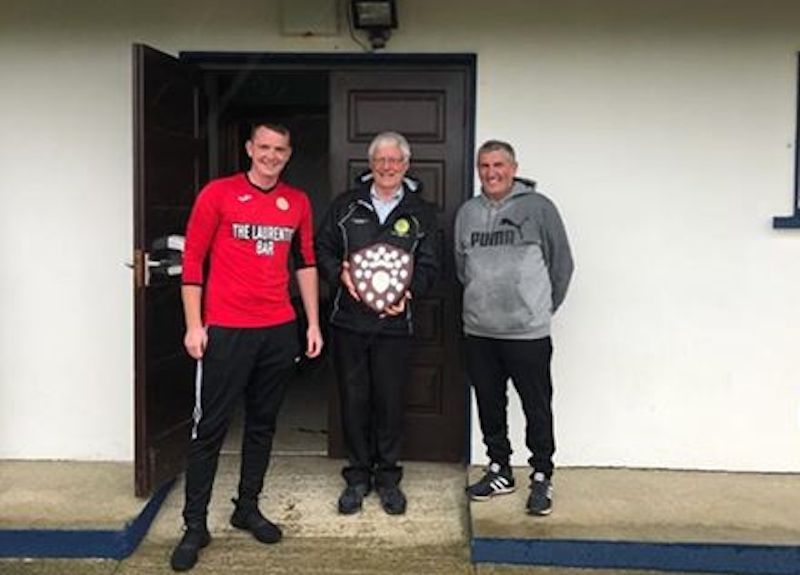 BY virtue of Carn’s draw in Culdaff on Sunday morning Illies Celtic Reserves made sure of the  Inishowen Engineering Division Two B league title with this win in wet conditions at Trawbreaga Park.

Illies started on top and dominated throughout. Frankie O’Connor skied over the bar on 12 minutes before they took the lead when O’Connor advanced on the right cut in and crossed for John Pio Donaghy drove low past Roger McGilloway from ten yards.

Gavin Doherty was then denied by a good save from McGilloway.

Illies increased their lead midway through the half after an Alan Fletcher header came off the bar to O’Connor who slotted home.

It became three nil before the break after Fletcher crossed for Liam O’Connor to drill low to the corner from twelve yards.

Further chances saw Gavin Doherty fire over before Fletcher was denied by McGilloway on the stroke of half time.

On 51 minutes Illies made it four-nil when a Fletcher effort was parried by McGilloway for Gavin Doherty to drill the loose ball home.

On the hour Fletcher advanced from midfield and unleashed an effort which McGilloway palmed away at full stretch.

Illies made it five when Frankie O’Connor crossed from the right for substitute Joe McLaughlin to turn the ball home.

Illies converted a penalty to make it six nil with another substitute James Downey firing low past McGilloway.

In the latter stages Frankie O’Connor had one effort off the bar and another saved by McGilloway.

Rasheney scored a late consolation on 89 minutes when substitute Jack McLaughlin broke clear of the visitors defence and squared to Adam Kirkland who hammered to the top corner from 20 yards.