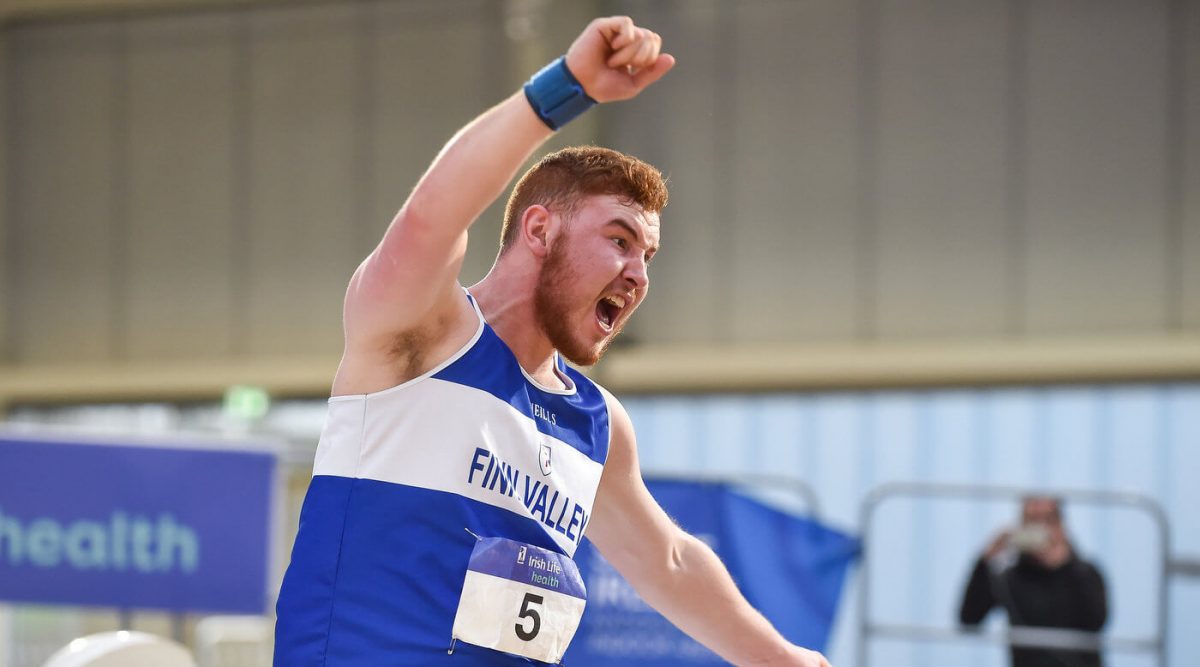 JOHN Kelly won the National Senior Shot Put title this afternoon – and it was a 1-2 for the Kelly household.

It was the Kelly’s day, though.

Last summer, John Kelly was the silver medalist in Santry, missing out to Eric Favors of Raheny Shamrocks, who won gold with a 18.64m throw.

Kelly retained a solid focus during the Covid-19 lockdown, working hard at home in Carrickmore under the direction of father John senior, and he has made no secret of his desire to break 19m.

The past year has seen Kelly work closely with an elite group in Sweden that also includes Swedish discus thrower Daniel Ståhl, a 2019 World Championship gold medalist in Doha.