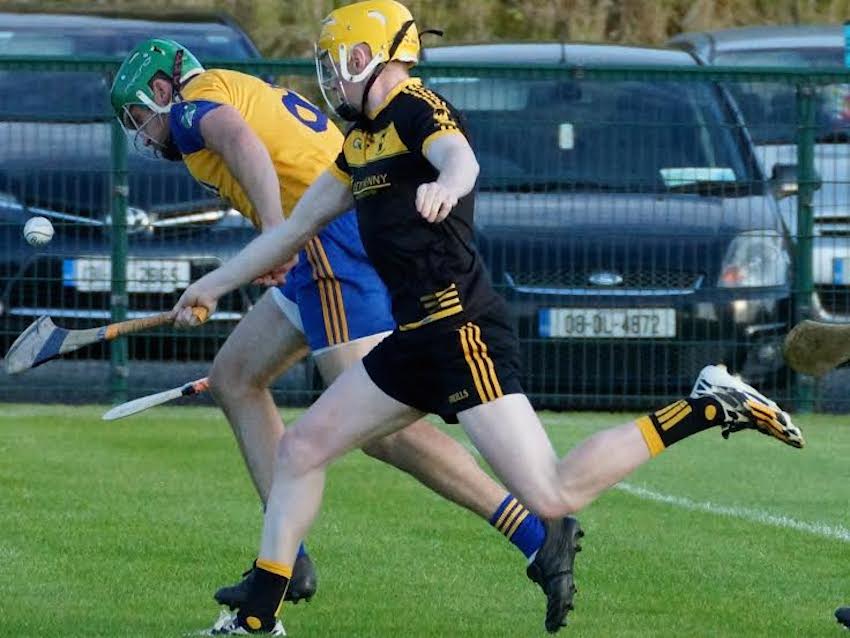 ST Eunan’s defeated Burt in the last game of the league stage of the Donegal Senior Hurling Championship in Hibernian Park on Sunday.

The first quarter was a tight affair with Burt’s Stephen Gillespie and Ronan McDermott exchanging early points with Conor O’Grady and Kevin Kealy. The visitors opened a two point gap with scores from Kealy and Sean McVeigh.

Dara Grant ran through to reply for Burt. The game took a major turn either side of the water break with two goals from the Letterkenny team. In the 17th minute Paul O’Donnell delivered a perfect cross-field pass to full forward Cian Randles who finished clinically to the net.

Two minutes later O’Grady ran out to a breaking ball 40 metres out, bore down on goal and struck a shot to the top corner. Burt replied with their best spell of the game with six unanswered points in ten minutes.

A Joe Boyle free and strikes from play from Grant, Ronan McDermott, Gillespie and two from Caolan McDermott closed the gap to the minimum. However, a late scoring burst from St. Eunan’s with two O’Grady frees and a third Kealy point left four points between the sides at the interval, 0-9 to 2-7.

On the resumption Boyle pointed for the home team. Matt Ahern and Kealy pushed the margin out to five points before Caolan McDermott struck a goal line scramble to the net for Burt in the 35th minute.

McVeigh and Ahern then exchanged two scores with Boyle. Once more before a water break St. Eunan’s struck a major blow, when Ahern set up O’Grady to finish to the goal from close range.  In the final quarter St. Eunan’s finished the stronger and finally nailed down the win in an exciting, high-scoring encounter.

Their two outstanding players Kealy and McVeigh tagged on two points each, while Burt replied with three points from the battling Boyle. O’Grady made things more comfortable for the visitors with two late frees before Ciaran Dowds pointed at the end for Burt, leaving seven points between the teams at the end.

St. Eunan’s will now play Buncrana in the county semi-finals, while Burt take on Setanta.