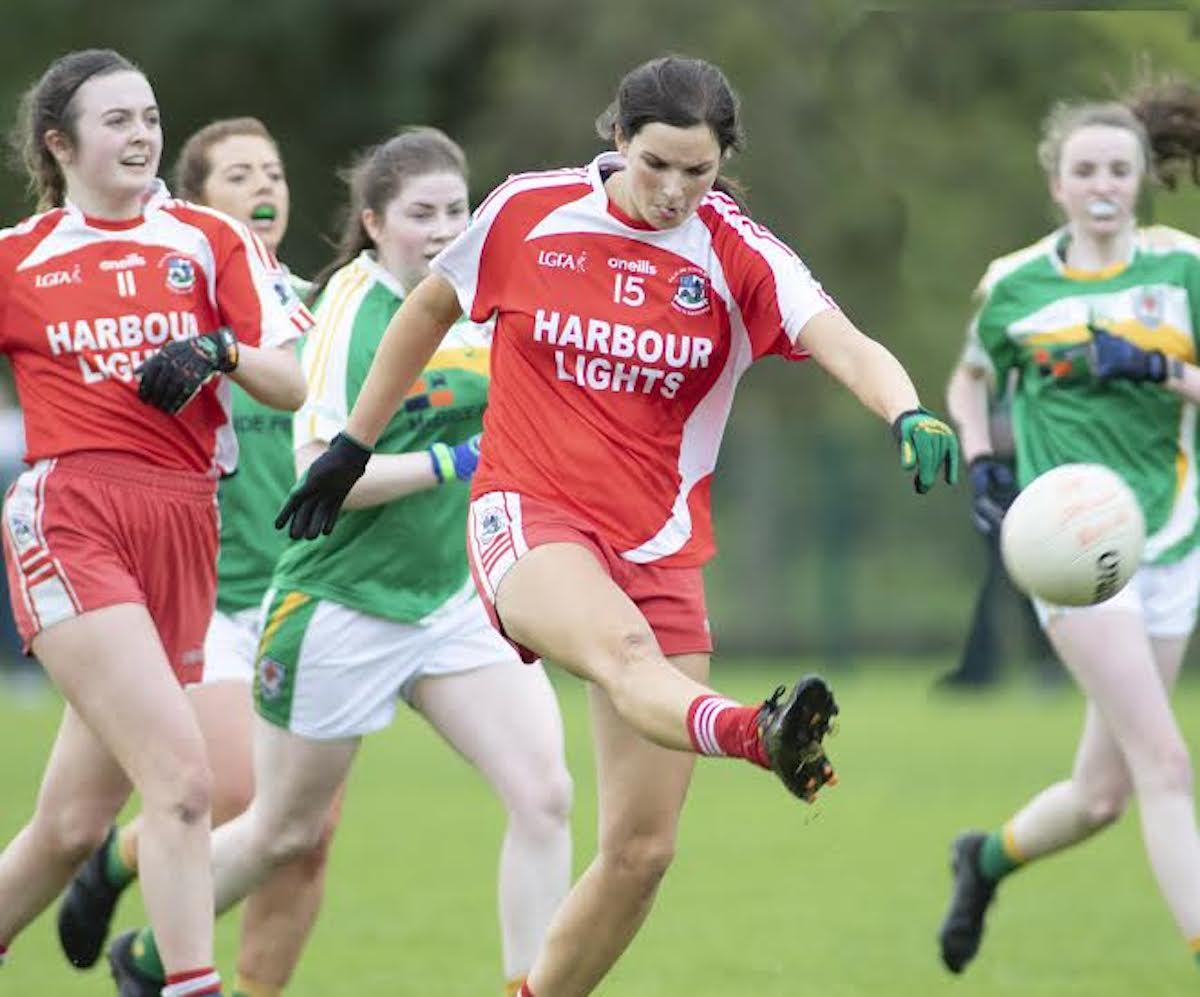 SUSANNE White was as modest as could be after a heroic county final display for Killybegs.

White scored 2-9 to fire Killybegs to glory in this morning’s junior final against Downings in Glenfin. White’s superb haul helped her side to a 4-10 to 1-12 win.

However, White was keen to apportion the credit around her team-mates.

“It’s the girls who work hard out the field who do the hard work. I have the easy job.”

Alongside her captain and her cousin, Aisleen Cunningham, White wrecked havoc for Downings.

She said: “We have been playing a good while with each other. We’re cousins and we can read each other. It’s great to have that partnership inside and we’ve a good understanding in there.”

White hailed the influence of the experienced players like Mairead Gallagher and Niamh Gatins.

She said: “It’s for them, the older girls. They’re inspiration and they’re the mothers of the team. it’s for them that we do it

“We’ve learned that it isn’t over until the final whistle. We said not to look at the scoreboard and just play the game. We panic often and rush the pass sometimes. We took the right options today and it came together.”