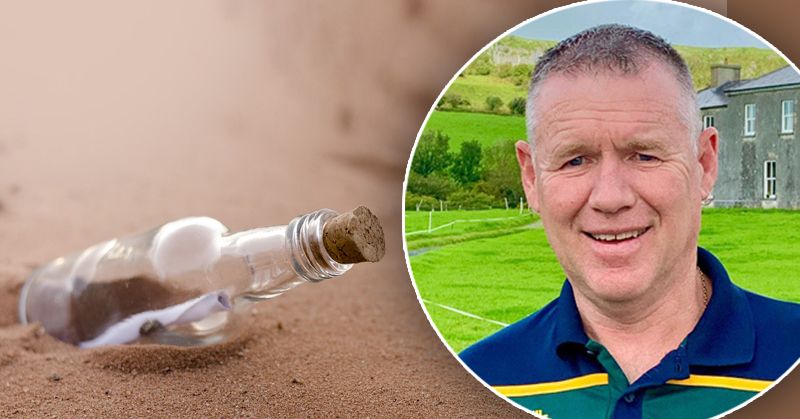 Fisherman’s surprise after message in a bottle found – after 21 years!

A Donegal fisherman received a great surprise this morning when his message in a bottle became the catch of the day in Norway.

John Cunningham from Killybegs has been known to lob a lot of bottles into the sea over the years, but there was ‘norway’ he could have known this one would be so special.

The bottle was tossed overboard an incredible 21 years ago and made a 300 mile journey from 80 miles off the Shetland Islands to Grip, a small fishing island west of Norway.

John couldn’t believe it when he logged onto Facebook to find a message from the man who found it.

“He told me they were cleaning up rubbish and plastics when they came on the bottle. It could have been washed up after six months or a year, I don’t know, but it’s great to get a reply,” John told Donegal Daily.

“21 years is a mighty long time. My letter didn’t look too bad at all for that length of time.”

John has been sending messages out to sea since the 80s. He takes care to package his messages well by wrapping them in cling film and tin foil and taping them twice before they go into the bottles.

“I always put the green and gold colours on it,” John adds.

“I make sure to ask the person to reply when and where I dropped the bottle, because I dropped so many way back. I’ve had replies from all over the world, like Germany, Iceland, Spain and Africa.”

One of the most amazing voyages taken by one of John’s bottles was in the early 2000s. He was working off the coast of Morocco for three years when one bottle he had tossed travelled over 2,000 miles in just 22 days to wash up on Cape Verde.

John is still working as a fisherman, but he hasn’t been sending messages in bottles since 2013. The tradition has come to an end, John says, now that boats have refrigerated water on tap and there are no more empties.

Fisherman’s surprise after message in a bottle found – after 21 years! was last modified: September 12th, 2020 by Rachel McLaughlin