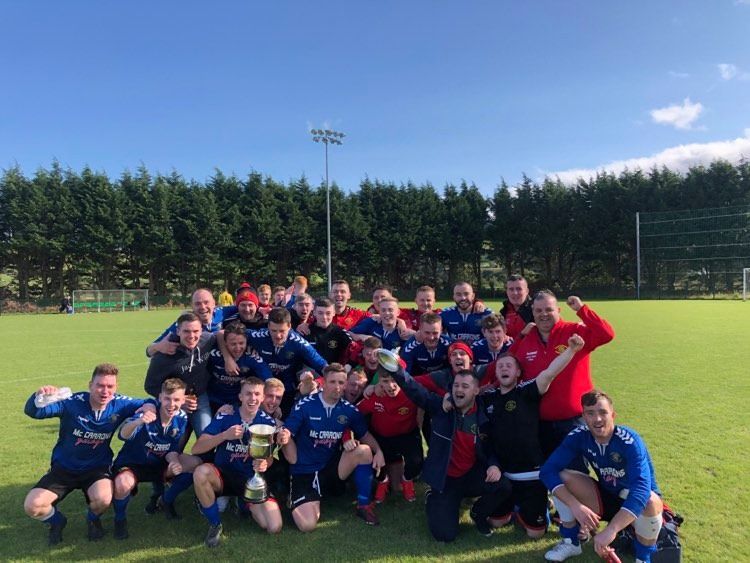 WILLIAM Lynch fired in the only goal of the game as Kildrum Tigers clinched the Brian McCormick Sports Cup for the fifth time.

Lynch, the Kildrum captain, netted on 67 minutes as the Shane McGinty-managed Tigers claimed a narrow win.

With referee Dessie McLaughlin about to call the water break in the second half, the St Johnston side pounced for the match winner.

Kevin McHugh – who hit an inspired double six days ago to gun down Kilmacrennan in the semi-final – found Lynch with a magnificent cross-field ball.

With Joe Boyle the Cappry ‘keeper advancing, Lynch, who was the right side of full-back Benny McLaughlin, got a perfect touch to steer home.

It had felt all afternoon as if one goal would decide matters and so it proved. 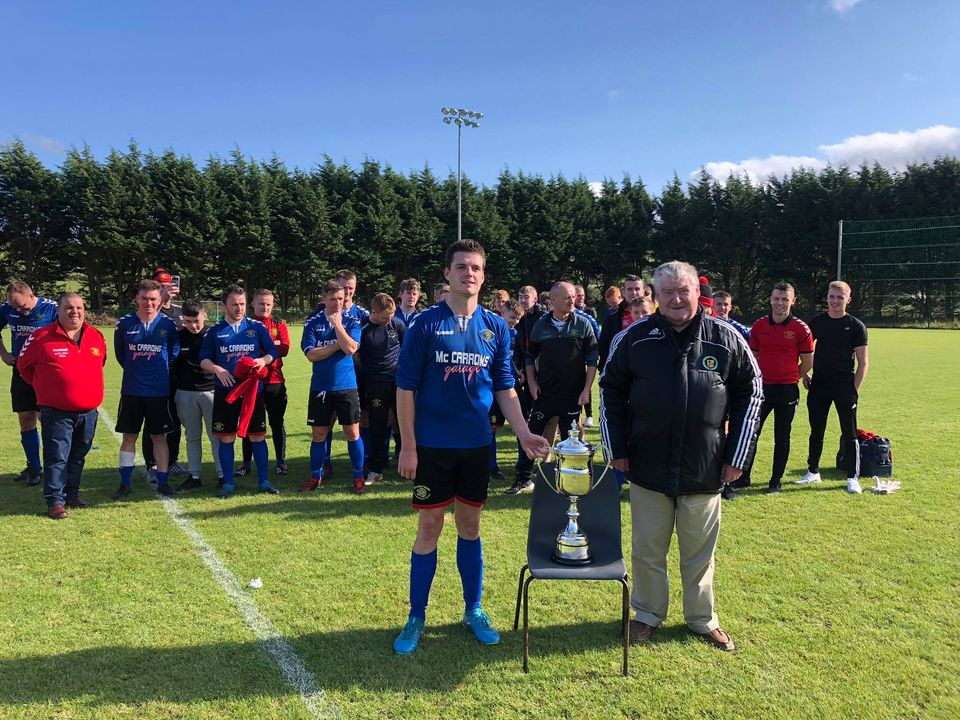 Kildrum’s season began 378 days ago on September 1 last year with a first round win over Castlefin Celtic and it ends with the Tigers – winners of the competition previously in 1996, 2000, 2001 and 2018 – getting their paws back on the silverware.

Every bit as vital as the goal by one Lynch was a stunning save by another as his younger brother Michael brilliantly denied Dean O’Donnell, whose effort from 25 yards seemed destined for the top corner. Lynch, though, had other ideas and his up-and-over save with eight minutes remaining was was a real highlight of the day.

Just three minutes in, Daniel Clarke – scorer of one of the goals in Monday’s win – went to ground and Kildrum had big claims for a penalty turned down.

A 4-1 win over Bonagee United last Sunday booked Cappry’s place in the decider, but their week was soured somewhat with the Ulster FA on Thursday confirming that it had upheld a protest from Kilmacrennan Celtic meaning that the Premier Division title went there and not to Cappry.

Sean McBride and Paddy O’Connor came into the Cappry XI and it was they who applied some earlier pressure, Kildrum ‘keeper Michael Lynch having to bat away a corner in the opining minute.

Lynch saved from McBride, who got a pocket of space on the right-hand side on 19 minutes.

Kildrum had the ball in the net the 20th minute when Damien Crossan turned home, but a free had been awarded for a foul  Boyle by William Lynch. 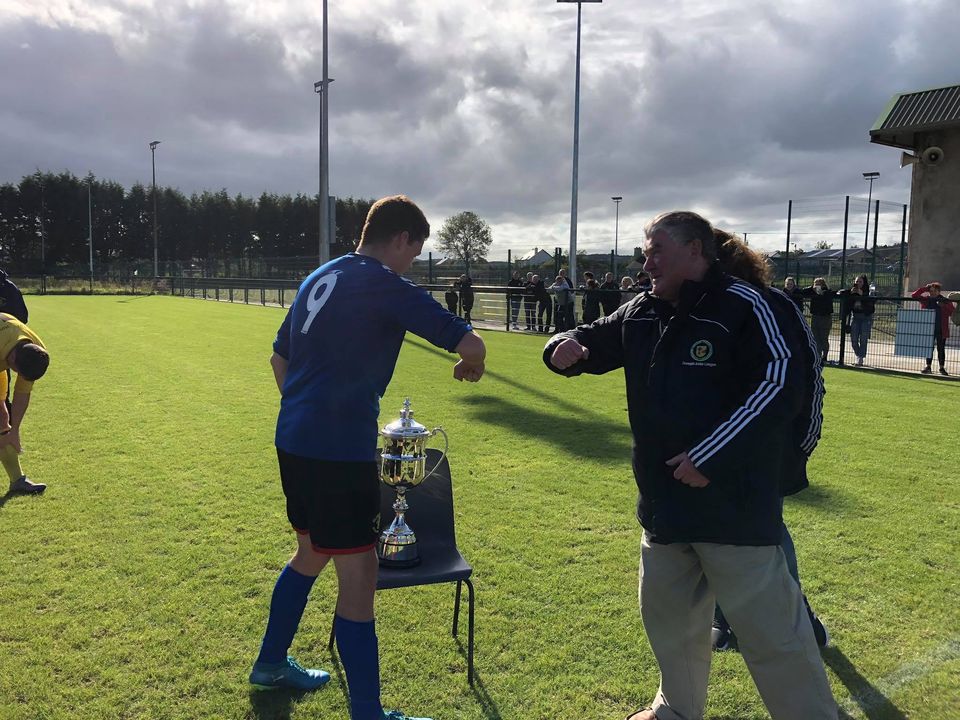 Michael Lynch saved from Dean O’Donnell before being tested by McBride as Cappry began to enjoy a spell of pressure.

The loss of Alan Gethins to injury five minutes before the interval came as a blow and, just before the break, Boyle scrambled away after William Lynch got on the end of a Kevin McHugh centre.

Kildrum were without the suspended Luke Toland and the Cup-tied Brian Breslin, with former Finn Harps winger Gary Crossan installed in place of Toland.

Three minutes after the re-start. Lynch did well to save from replacement Ronan McHugh, who broke away on a counter-attack while McBride would wanted to work the Kildrum number 1 when a chance fell his way soon after.

On the hour, McHugh saw Boyle wonderfully turn over the top after he robbed Darren McGowan on the left before the former Harps star turned provider for Lynch to get the goal that won the day and the Cup.