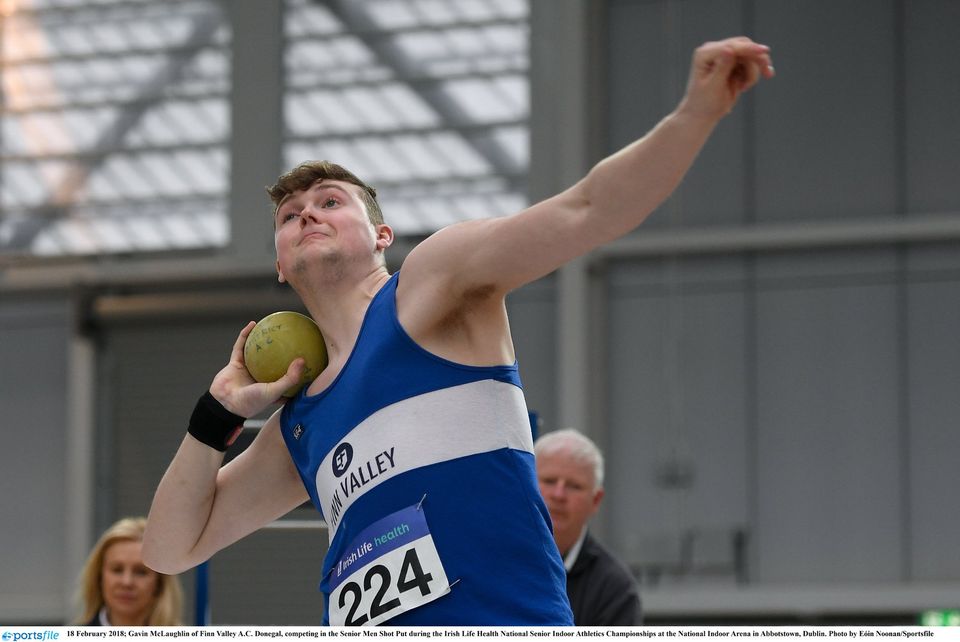 THE Donegal discus record had stood for 41 years – but has now been broken twice in a week.

The Convoy man set a new mark of 44.34 metres this morning.

While competing in Växjö, Sweden, Kelly broke the Donegal discus record with a new mark of 43.50 metres.

Carlin reached out to 42.62m while competing at the Irish Army Championships at The Curragh in ’79.

“He’s now one of the best discus throwers in the country. He had dropped out for a period recently, but with a good winter’s work now he can definitely challenge for discus and shot put honours at national level in 2021.”