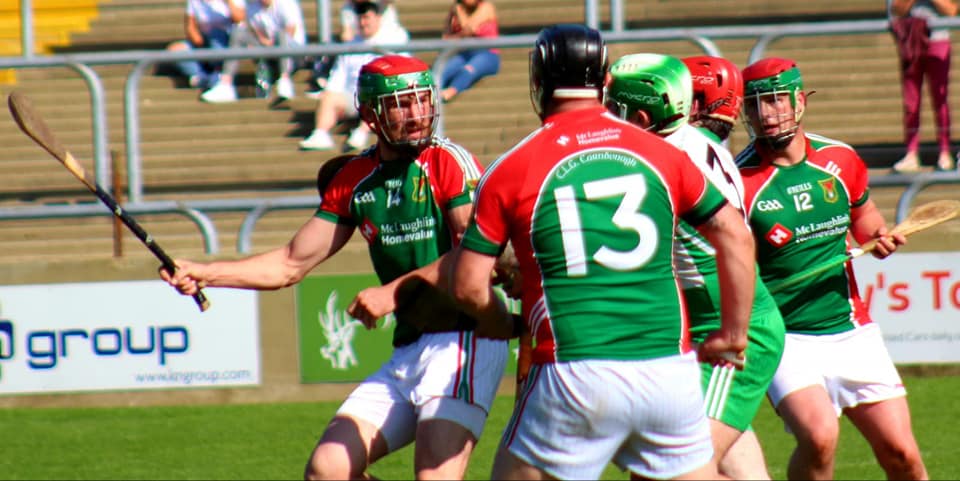 CARNDONAGH finished strongly at MacCumhaill Park today to see off Aodh Ruadh and ensure passage to the Donegal JHC final.

John O’Donnell’s goal at the start of the second half set them on their way and then, after Aodh Ruadh got back on terms, the ability to score the last six points of the game was the difference.

There was little in it in the first half, with Aodh Ruadh managing to get ahead by the half-time whistle on a 0-7 to 0-6 scoreline.

The biggest gap between the sides was when an Oisin Rooney double meant the Ballyshannon team were three up at one stage, but Cathal Doherty popped over two for Carndonagh to bring it back to the minimum.

After O’Donnell’s goal, when he got in to get the better of Ryan O’Brien to make it 1-7 to 0-8, Aodh Ruadh gathered and Stephen Connolly and Rooney brought the sides level at 1-8 to 0-11.

However, the well ran dry for Aodh Ruadh and they failed to score in the final 13 minutes, while Carndonagh went to town. Points from Conor Fagan, O’Donnell, Doherty and. A reassuring brace from Darragh McCormick sealed the six-point win.

Carndonagh finish with gusto to see off Aodh Ruadh in JHC semi-final was last modified: September 20th, 2020 by Alan Foley