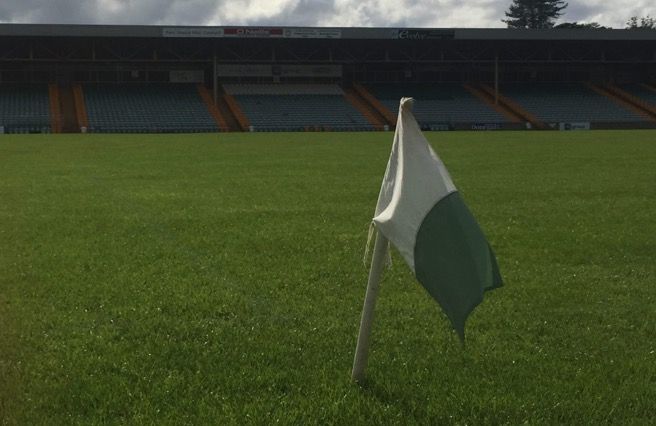 The Donegal Competitions’ Control Committee has performed a U-turn and decided to postpone this Sunday’s Donegal SFC final following an outbreak of coronavirus.

Kilcar are due to face Naomh Conaill from Glenties in Ballybofey with the final now penciled in for Wednesday, October 7.

A player on the Kilcar panel tested positive for Covid-19 over the weekend and the club ceased all activities in line with GAA and HSE protocols.

A member of the Donegal senior panel also tested positive – understood to be a separate case – and between them the SFC finalists have eight players involved with Declan Bonner’s panel.

All eight have been in self-isolation this week and they are due to be tested against on Friday, with their results not expected to be returned until Sunday morning – the day the final was originally penned in for.

On Monday, the Donegal CCC met and said the final will go ahead as initially planned as there was currently only one positive case – although PRO John McEniff did stress that the situation was not set in stone.

“The game is on because only one Kilcar player is positive,” John McEniff said on Monday. “If this changes and there are more cases then the game could be postponed.”

Kilcar are understood to have been unhappy on the original decision and had planned to release a statement following a meeting of their executive on Monday night. However, the statement wasn’t distributed but they did write to the county board ahead of another CCC meeting, which took place on this afternoon.

The CCC statement read: “The Donegal CCC met this afternoon and made a decision to postpone the Michael Murphy Senior County Championship final between Kilcar and Naomh Conaill.”

Three other weekend fixtures in the county – the IFC final between Cloughaneely and Aodh Ruadh, the promotion-relegation play-off to be contested between Milford and Dungloe, as well as the JFC semi-final meeting of Letterkenny Gaels and St Mary’s Convoy – still go ahead.

“As of Tuesday evening the above three fixtures still stand but as was the case yesterday one of these three may still be postponed,” the statement added.

In the last nine days, there have been 140 new cases of Covid-19 in Donegal – just shy of 20 per cent of the total number in the county since the outbreak began.

The Donegal SFC final between Kilcar and Naomh Conaill has been postponed was last modified: September 25th, 2020 by Alan Foley