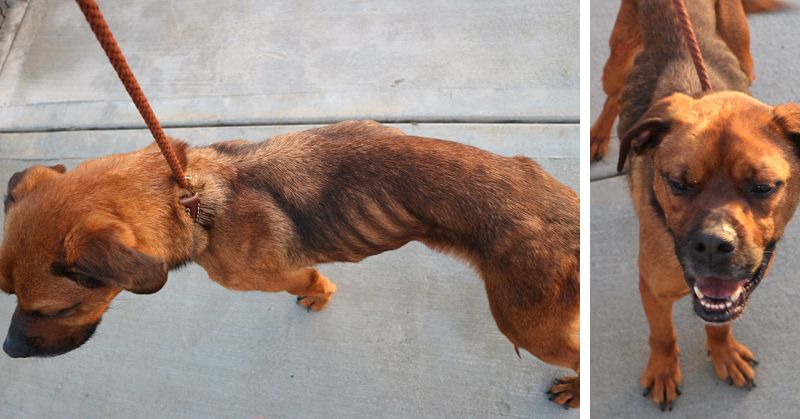 Dog and cat found in ‘outrageous state’ of neglect in Donegal

A Donegal man has pleaded guilty to animal welfare offences after a dog and cat were discovered in a severe state of neglect.

The case stemmed from an incident in February 2019 when the ISPCA assisted Gardaí from Ballyshannon Garda Station who discovered a boxer dog and a cat living in ‘filthy’ conditions and both were very underweight.

The animals were removed from a property and brought to a local veterinary practitioner for an urgent assessment. The boxer dog, later named Rosco, weighed only 20.4kgs and the eight year old cat, named Mindy, weighed just 2kgs. 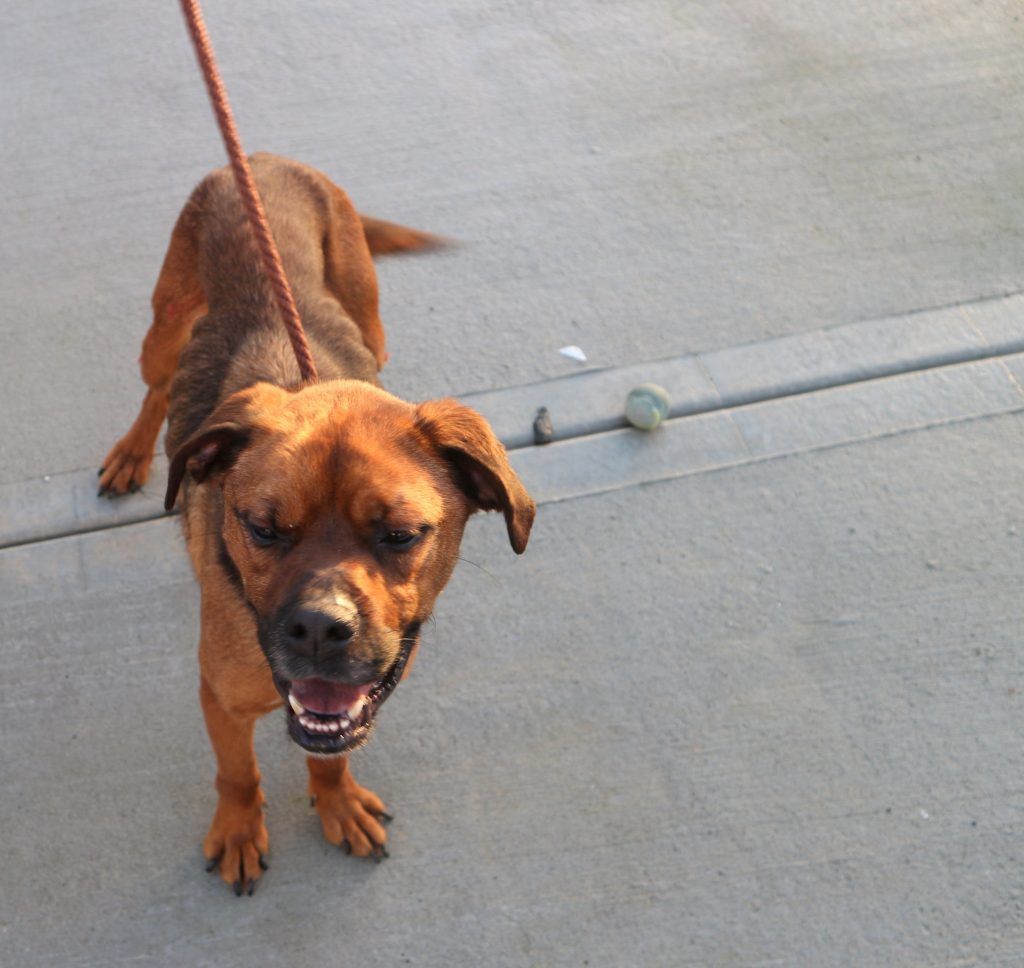 Roscoe at the time of rescue. Photo: ISPCA 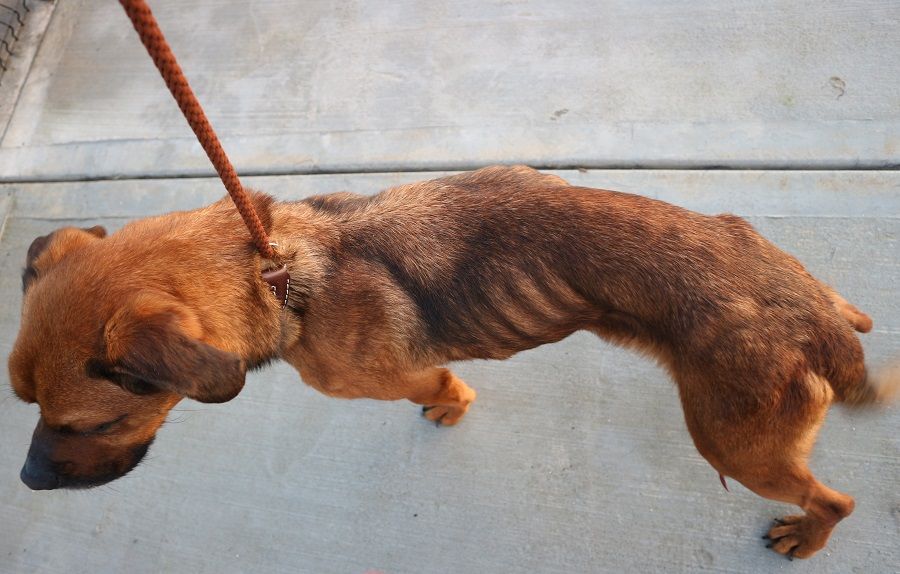 Judge Kevin Kilrane ordered Trevor Mahon to pay €832.00 in costs to the ISPCA and to make a voluntary contribution of €300 to the charity, to be handed into the court for the 6th November 2020.

Judge Kilrane indicated that he will apply the probation act and said: “upon viewing the photographs of the living conditions inside the property, these animals were living in an outrageous state of filth and the ribs were protruding on the dog. This case no doubt has caused embarrassment to the defendant”.

After initial veterinary treatment, both animals were taken to the ISPCA Donegal Animal Rehabilitation Centre (ARC) and were subsequently surrendered into the care of the ISPCA.

ISPCA Centre Manager Denise McCausland said: “Rosco was dangerously underweight on arrival with his ribs and hip bones protruding but his gentle and sweet nature shone through almost immediately as he rewarded us with a waggy tail. We knew this lovely boy was going to thrive with care and attention. Although Mindy didn’t appear as thin, she was in fact very underweight and relished good food and attention she received on arrival. It would be a long road to recovery and we were ready to get started”.

Rosco made a full recovery but sadly, Mindy did not respond to veterinary treatment for feline infectious peritonitis and a suspected tumour, and was put to sleep based on veterinary advice some weeks later. 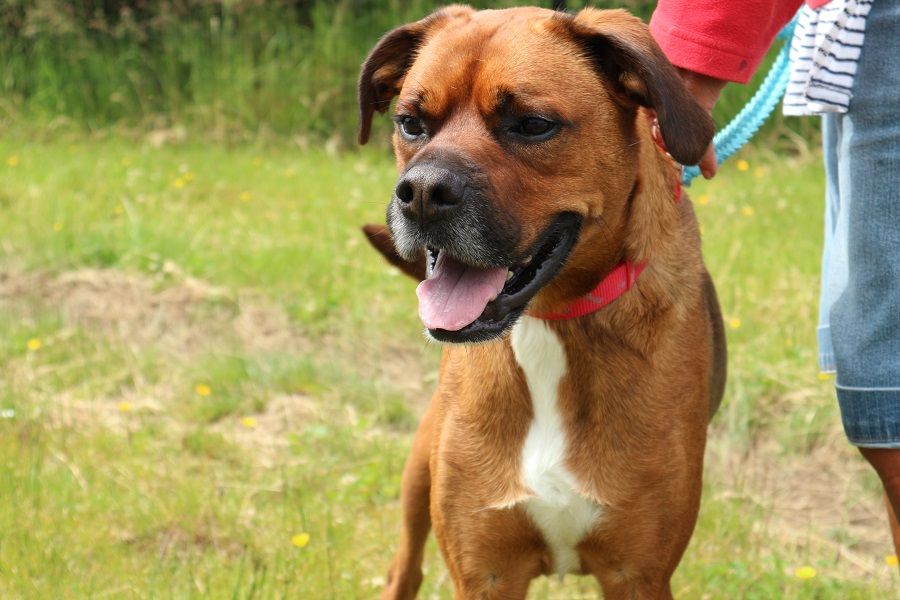 Roscoe during Rehabilitation at the ISPCA

ISPCA Senior Inspector Kevin McGinley added: “I would like to thank Garda Niall Barnicle of Ballyshannon Garda Station for leading the initial investigation which led to a prosecution and that breaches of AHWA are taken seriously”.

“Sadly these rescue cases are not rare”, said Kevin. “ISPCA Inspectors continue to work on the frontline tackling animal cruelty and coming to the aid of cruelly treated, neglected and abused animals in need. Many of the animals we have seized have been in our care for over a year, while we wait for cases to be heard in court. We are experiencing further delays in the judicial system due to COVID-19, which puts extra pressure on our resources”.

Kevin added: “We are continuously responding to calls about animal cruelty, neglect and abuse made to the ISPCA National Animal Cruelty Helpline on 1890 515 515. Thankfully Rosco made a full recovery but it took twenty weeks of rehabilitation and care at the ISPCA Donegal ARC before Rosco could be responsibly rehomed. Looking after an animal for this long, takes a lot of time and money. The staff and volunteers at the centre work tirelessly to improve the lives of so many animals rescued across Donegal”.

The ISPCA depends on public donations to continue our vital work rescuing, rehabilitating and responsibly rehoming hundreds of vulnerable animals that desperately need our help and worryingly, many of our fundraising activities have been cancelled or postponed, so kind donations from animal lovers are more important than ever.

If you can, please help us continue our vital work rescuing and caring for vulnerable animals.

By donating today, you can help more dogs, just like Rosco find a new home where he will be loved and cared for, for the rest of his life.

Dog and cat found in ‘outrageous state’ of neglect in Donegal was last modified: October 6th, 2020 by Rachel McLaughlin