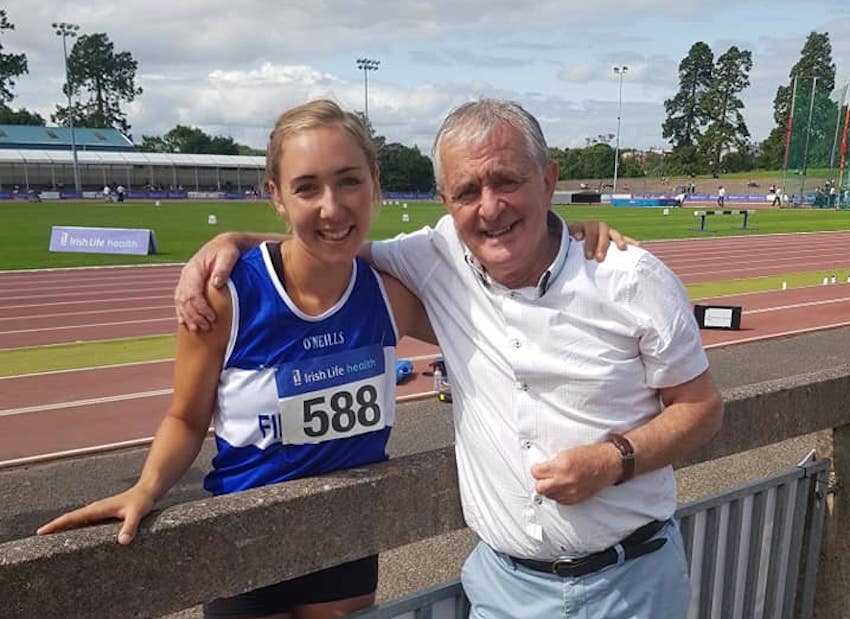 Mollie Gribbin ready to jump into 2021 after ACL hell

MOLLIE Gribbin has put her cruciate nightmare behind her – and is gearing up for a big 2021 in Finn Valley AC’s colours.

Gribbin was a silver medalist in the women’s long jump at the 2019 Irish Senior Championships in Santry, leaping out to 5.90m.

However, a few weeks later, Gribbin went under the knife to have corrective surgery after rupturing an anterior cruciate ligament.

Despite losing 11 months of action, Gribbin ready to go again.

The Covid-19 lockdown was perhaps something of a paradoxical positive for the Vermont woman as she has missed little in the way of competition action and is firmly focussed now on the 2021 calendar.

Gribbin was recruited just before the 2019 seniors and Finn Valley have continued to support her recovery over the last 11 months.

Gribbin is equally adept in long jump and triple jump and will hope to get a chance to showcase her talents at Irish Championships after Christmas.

“Mollie has returned after a long period of surgery and rehab. It’s great to have her back preparing again.”