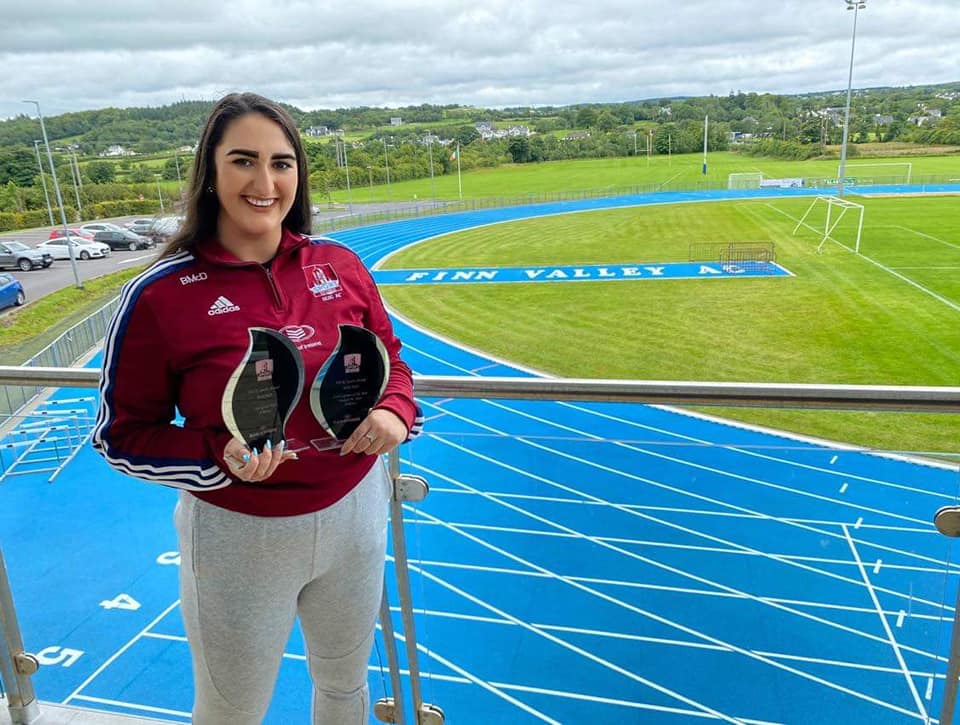 A DONEGAL athlete has won a top award at National University of Ireland, Galway.

Bridget McDyer of Finn Valley was the NUIG Club Captain of the Year for the 2019/20 campaign.

Through the leadership of McDyer, the NUIG Athletics Club also won the NUIG Club of the Year award.

McDyer has just finished three years studying at NUIG and is moving on to undertake a Masters in International Policy and Diplomacy in Cork.

The Rosses woman, who competes regularly in the shot put, holds the Donegal record in weight for distance.

A former student at Rosses Community School, her involvement through various Donegal and club groups has continued to reap rewards.