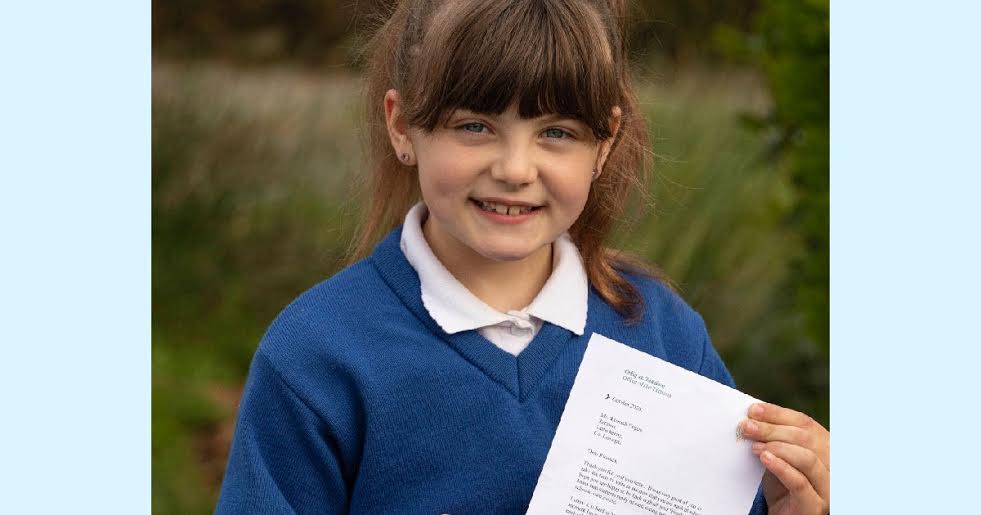 Varadkar writes to Termon schoolgirl, who wants to sit beside best friend again

A LITTLE Donegal schoolgirl wrote a personal letter to the government asking to be allowed sit beside her best friend in school again – and got a written response from Leo Varadkar.

Seven-year-old Rionach Fegan wrote a letter to the Tánaiste asking if she could again sit beside her best friend, Kate O’Gara.

Frustrated that she can no longer sit beside her pal at St Colmcille NS in Termon, Rionach took it upon herself to pen a letter.

Varadkar complimented the second class pupil for writing the letter.

“I hope you are happy to be back with all your friends again as I know the students really missed seeing their friends when the schools were closed,” Varadkar wrote.

“I know it is hard to be separated from your best friend at the moment, but we need to have the pods in the schools to keep each other safe, but it won’t be forever. 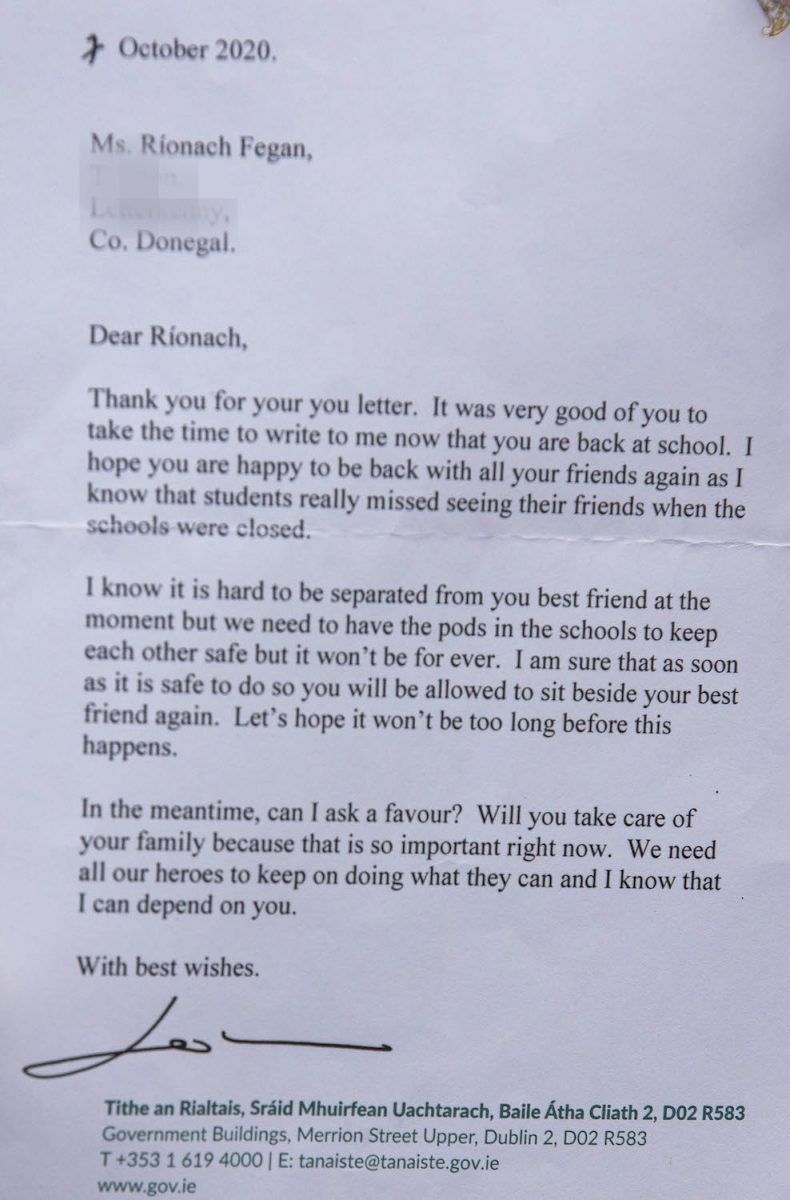 “I am sure that as soon as it is safe to do so you will be allowed to sit beside your best friend again. Let’s hope it won’t be too long before this happens.”

Before Rionach can go back to normality in Miss McConigley’s class, Varadkar asked: “Will you take care of your family because that is so important right now?

“We need all our heroes to keep on doing what they can and I know that I can depend on you.”

Rionach’s mum Jacqui said: “She wouldn’t even trust me to post it – I had to take her to the post office for her to post it herself. 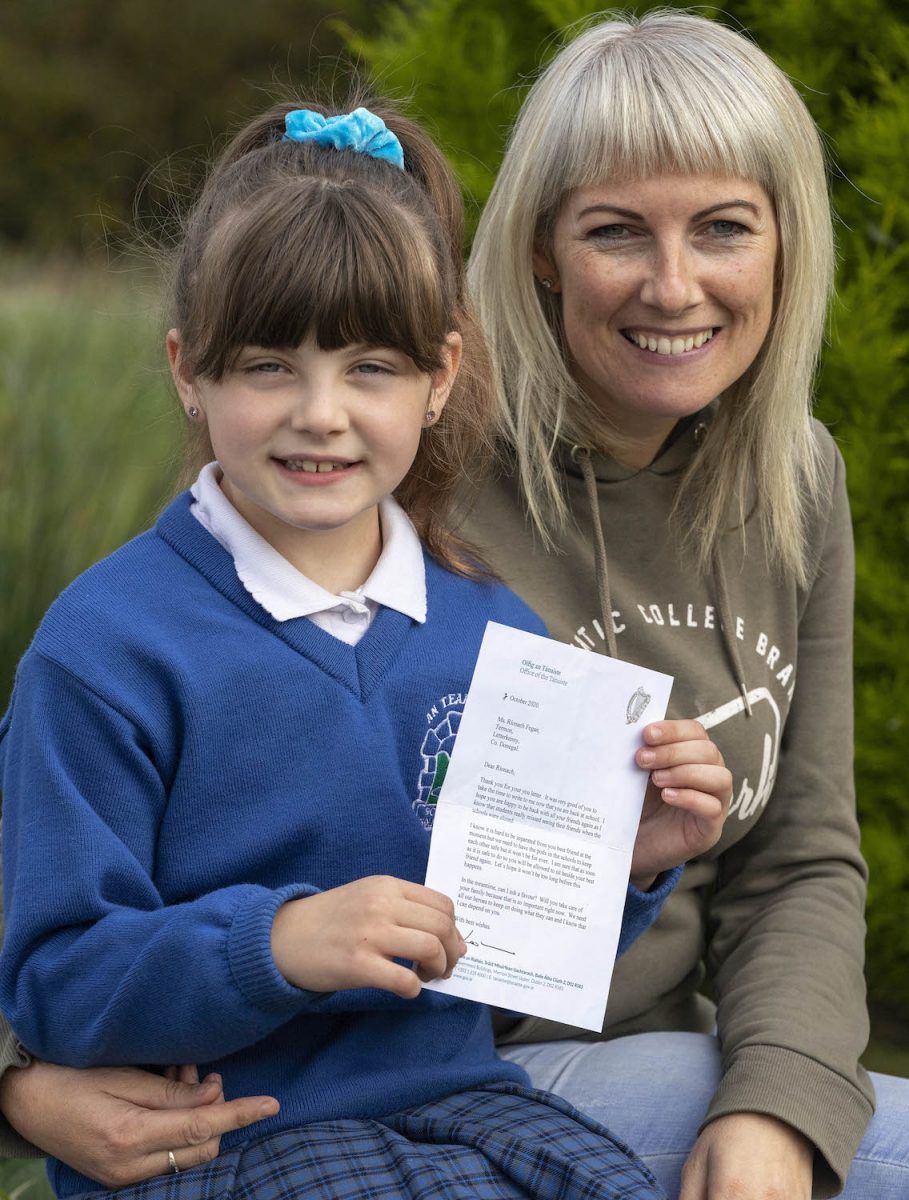 “Rionach came back from school and asked me to phone the teacher to see if she could sir beside her best friend as they had all been broken up into pods due to Covid-19.

“When I said that Mr Sweeney didn’t own the school, but that the Government did, Rionach said she was going to write to them herself. Off she went, got a pen and paper and wrote the letter.”