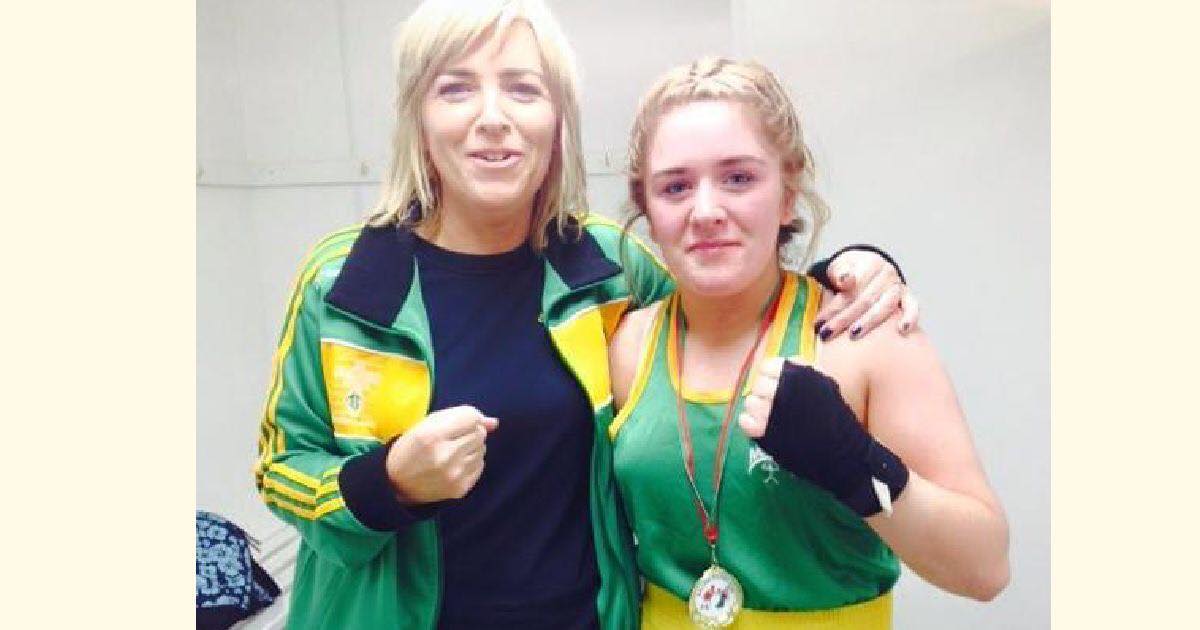 THAT Katelynn Phelan has been given a crack at a world title comes as no surprise to a former opponent from Donegal.

The Kildare puncher fights in Germany this evening, when the WBC Youth, WBF and WIBA World welterweight straps up for grabs.

One interested onlooker will be Dunfanaghy woman Kristina McFadden.

In 2014 and 2015, McFadden was part of an all-Donegal female team that fought in a series of tournaments.

Among those was in February 2015 at the National Stadium. Donegal took on a Cork Select and Phelan, then with St Brigid’s BC in Maynooth, guested for the Leesiders. 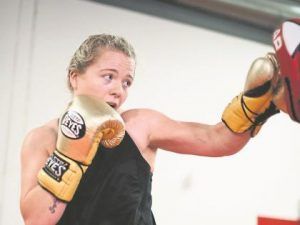 Katelynn Phelan is in action in Germany this evening

Donegal won the tournament 10-6, but McFadden was edged by Phelan in a Girl 5 63kgs contest.

“She was a very sharp boxer all the time. It was a good fight though. We both gave out all and she got the decision.”

Phelan, now 3-0 as a pro, faces Jessica Schadko, who is unbeaten in eight previous bouts at the CPI Box Club in Donauwoerth.

McFadden said: “Katelynn was always very dedicated to her boxing. You always knew she was prepared well and trained hard. I’m not surprised that she has got a big fight like this so soon in her career.

Kristina McFadden was part of the Donegal female boxing squad

“It’s great to see Katelynn getting rewards now. It’s brilliant for boxing in Ireland and especially for young girls boxing to see another irish woman getting a big fight like this.”

Getting the chance to fight for Donegal was a great experience for McFadden, who in December 2014 beat Rene Roach on a unanimous decision in Ballina.

That Donegal squad was under the management of Sharon Scanlon while Johnny Mulhern was the county female coach and they sharpened their tools with Sunday morning training sessions at Raphoe Boxing Club.

After getting the better of McFadden, Phelan went on to become a World Youth and European Junior bronze medalist and in 2019 became Ireland’s youngest ever female professional.

With wins over Monika Antonik, Galina Gyumliyska and Borislava Goranova, the 20-year-old has a chance to reach for the stars this evening.

There aren’t many boxers from these parts who have seen a former foe go on to joust for a world title, leaving McFadden in rare company.

She said: “It’s brilliant for Katelynn. I’ll be watching out for her fight and praying she wins. I had three tough rounds with her and it’s hard to believe that’s five years ago now. I’m proud to say I fought her and I’ll be shouting her on for the fight.”