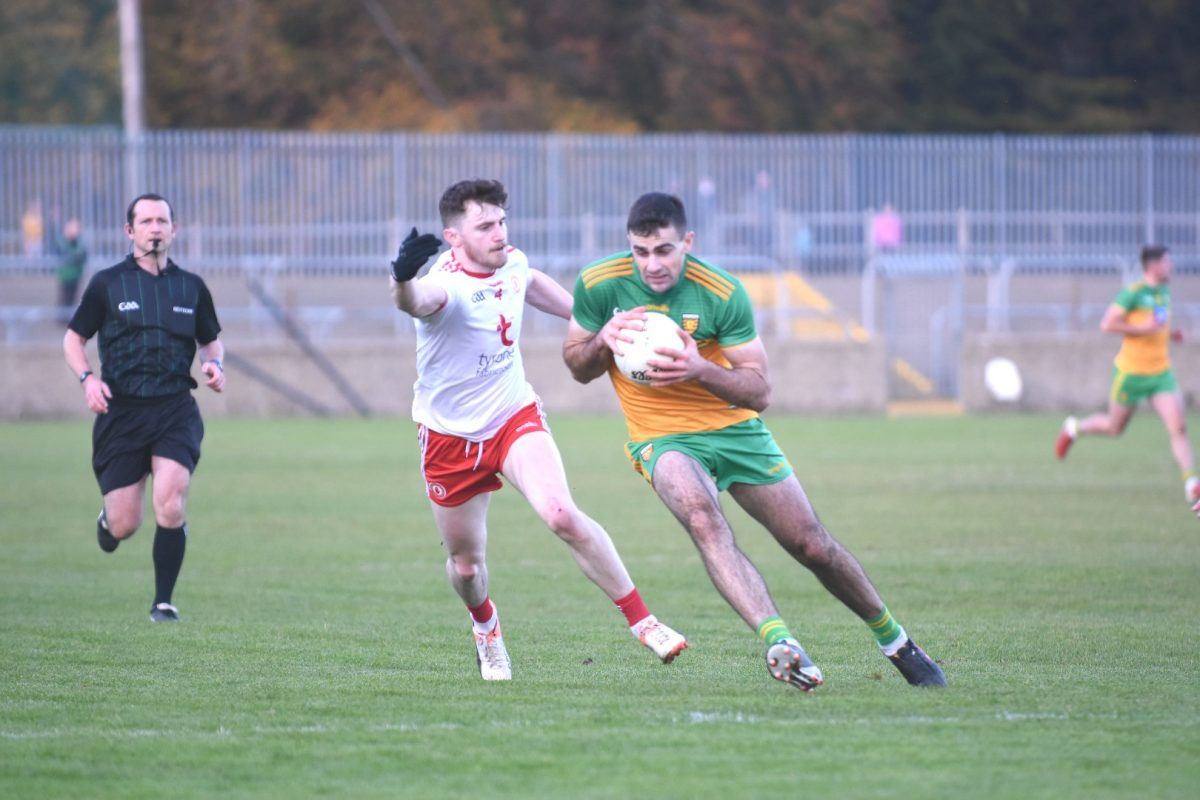 DONEGAL made safe their Division 1 status as they returned from the Covid-19 shutdown with a four-point win over Tyrone.

Peadar Mogan and Jamie Brennan netted the goals in Ballybofey as Declan Bonner’s team won 2-17 to 2-13.

Mogan’s early goal was cancelled out by Darren McCurry’s penalty, but Donegal led 1-9 to 1-6 at half-time before Brennan’s goal, five minutes into the second half, fired them further in front.

Conor McKenna hit a late goal for Tyrone, who had Kieran McGeary and Rory Brennan sent off in the closing stages.

Watch the Full-Time Highlights of Donegal v Tyrone in Round 6 of the Allianz Football League here on GAANOW!
Full-Time Score:
Donegal: 2-17
Tyrone: 2-13 pic.twitter.com/NfYd1fi0a9