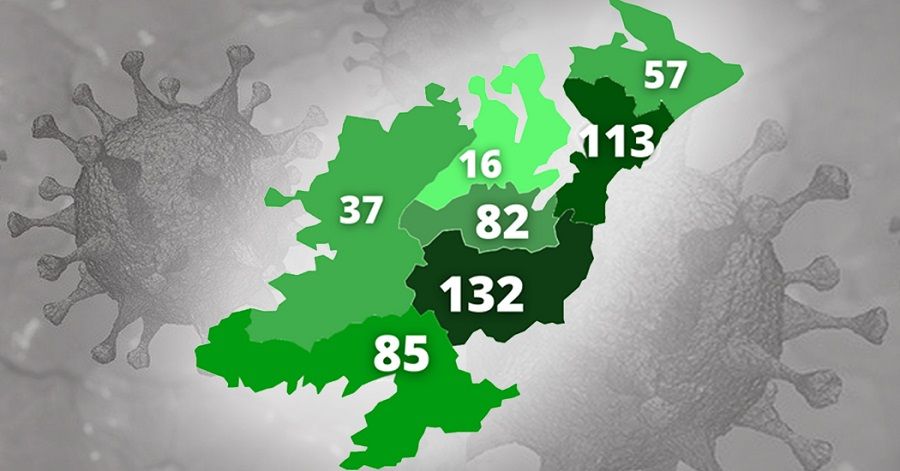 Area Breakdown: Covid-19 rates down in five parts of Donegal

Five local electoral areas of Donegal have shown a recent reduction in Covid-19 incidence rates, according to new figures.

However, two areas continue to be well above the national average and among the highest rates in the county. 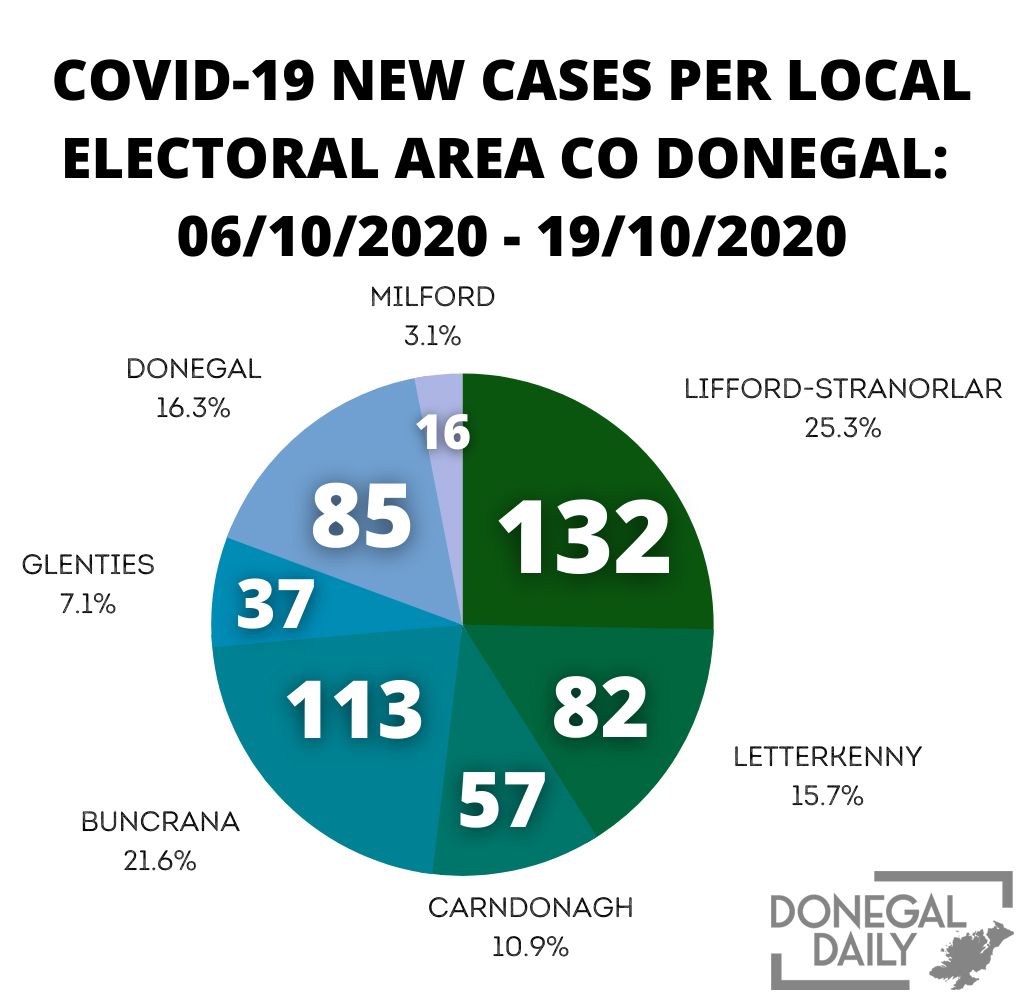 The Lifford-Stranorlar area recorded 132 new cases of Covid-19 in the two weeks from 6th – 19th October and now has a 14-day incidence rate of 510 per 100,000 population. Lifford-Stranorlar was the worst affected area in Ireland near the end of September. While this week’s figures are improved from the previous two week period, the transmission rate in the area is now the 14th highest in Ireland.

The Buncrana Electoral Area has recorded a significant rise in Covid-19 cases in recent weeks. The figure rose again in the latest stats, with 113 new cases in the two weeks up to 19th October. Buncrana’s 14-day incidence rate per 100,000 rose from 241.4 to 505 in two weeks and is now the 15th highest in the country. 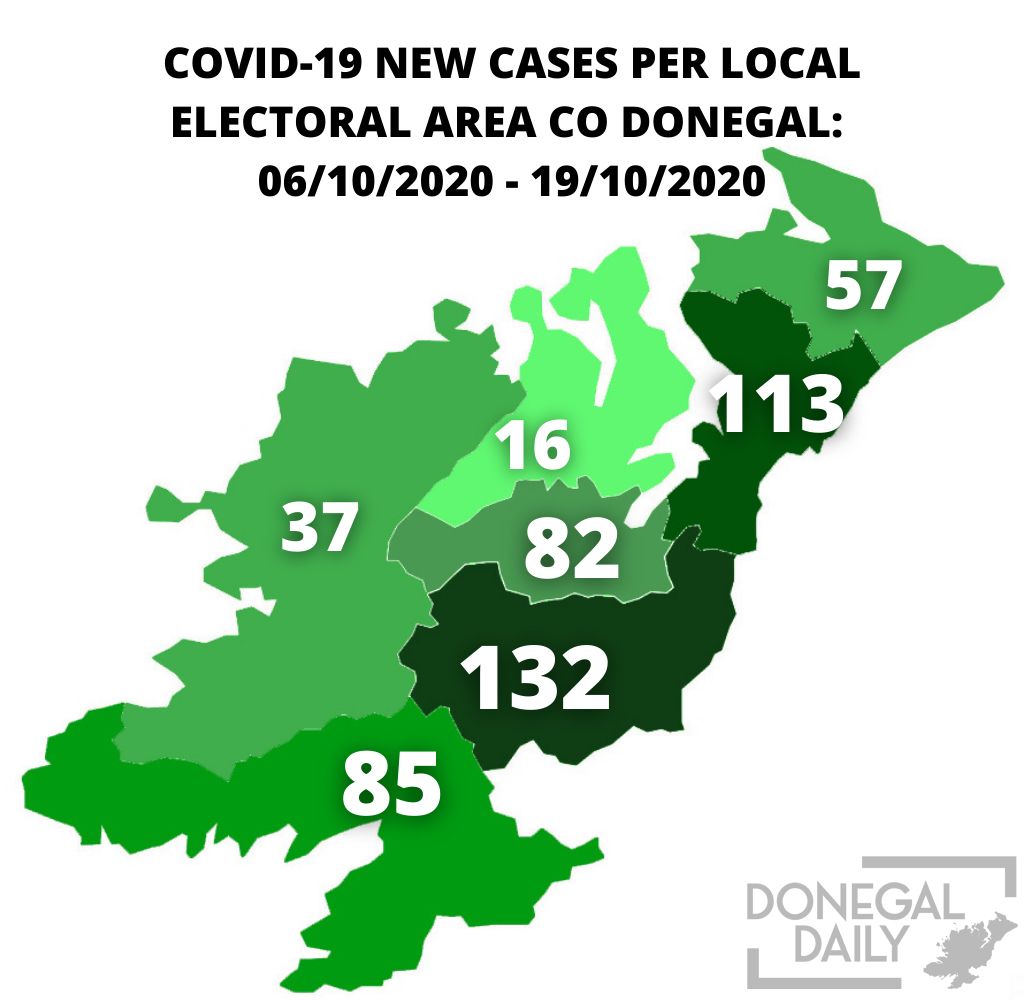 The Donegal Electoral Area also recorded an increase in newly-detected cases. The area has had 85 new cases and the incidence rate has increased to 321 per 100,000. This is a rise from 78 cases in the previous two week period.

Covid-19 figures are down in Carndonagh, Letterkenny, Glenties and Milford:

Carndonagh recorded 57 new cases between 6th – 19th October, while there were 75 cases in the previous two weeks. The incidence rate stands at 336 cases per 100,000.