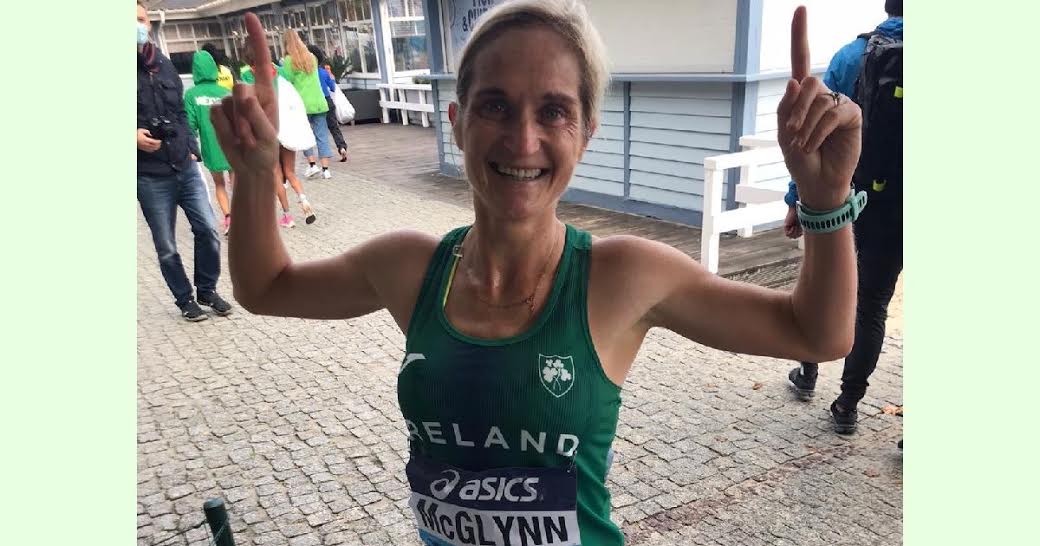 Donegal athletes of the year crowned after a record-breaking year

JUST DAYS after setting a new Donegal record at the World Half Marathon Championships last weekend, Ann-Marie McGlynn was this week named as Donegal senior female athlete of the year.

With a physical ceremony not possible due to Covid-19, the award winners were announced virtually this week.

McGlynn was crowned the senior female athlete of the year.

Last weekend, the Strabane-based Letterkenny AC athlete ran 71 minutes and 40 seconds as she finished 42nd in the World Half Marathon Championships in Gdynia, Poland.

That beat her previous best of 71:59 which she set in February 2019 while competing in Barcelona.

John Kelly of Finn Valley AC was the senior male athlete of the year.

In July, Kelly broke the Ulster, Donegal and Finn Valley AC shot put records while competing in Växjö, where the St Johnston man landed a superb 18.62m throw – bettering the 18.51m he had set in Portugal in August 2019. It was also slightly better than the 18.61m for an Irish Junior record in 2015.

Kelly followed that up by shattering the 41-year-old Donegal discus record when he set a new mark of 43.50m to take a record that had stood since 1979.

Lifford-Strabane AC’s Adrienne Gallen added another string to her bow as the hammer star was named as the junior female athlete of the year.

In September, Gallen set a new record of 48.58m to win a national junior silver having previously added six metres to her own record in finishing fourth at the National Senior Championships in Santry.

Letterkenny AC”s Ryan Canning was crowned the junior male athlete of the year while the Masters awards went to Martin Cunningham of Tir Chonaill AC and Teresa Doherty from Finn Valley AC.

Letterkenny AC clubman Michael Galvin has been appointed as the new Chair of the Donegal Athletics Board.

With some Donegal records being broken over the last year – with the likes of McGlynn, Kelly and Sommer Lecky to the fore – here are the Donegal athletics records as they stand: