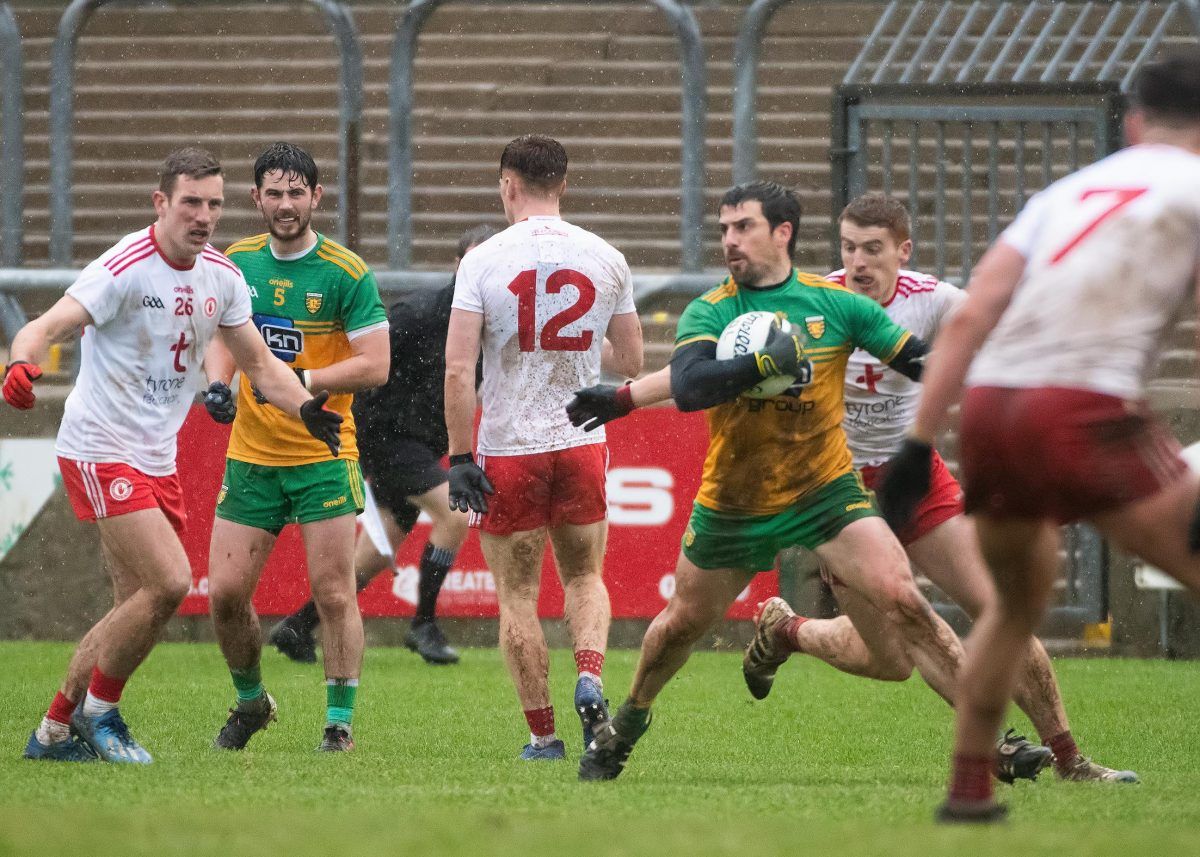 McGrath out but McBrearty and McGee passed fit to face Armagh

WHILE Paddy McGrath has been ruled out of Donegal’s Ulster SFC semi-final against Armagh, Patrick McBrearty and Neil McGee have been passed fit.

McGrath, one of the survivors from the 2012 All-Ireland winning team, has picked up an injury and will not be included.

Donegal are chasing a third Ulster title in a row, but Saturday’s game will come too soon for Ardara defender McGrath, who was used as a substitute in the win over Tyrone.

The problem has been described by Donegal manager Declan Bonner as a ‘soft tissue injury’.

“It’s nothing too serious, but the turnaround for this weekend is too quick,” Bonner said.

Veteran McGee had to be withdrawn at half-time against Tyrone, but Bonner insists that the Gaoth Dobhair full-back will be available this weekend.

Bonner said: “He missed the session immediately after the Tyrone game, but he’s been back in since. He’s training well and he’s ready to go on Saturday.”

McBrearty has not played since picking up a quad muscle injury in a challenge game against Roscommon in early October.

The Kilcar man had been named in the team to play Tyrone, but wasn’t used against the Red Hands.

Meanwhile, defender Conor Morrison faces a length spell on the sidelines as he awaits further surgery on a knee injury sustained in St Eunan’s Donegal SFC game against Killybegs in August.

Morrison has gone under the knife to repair some of the extensive damage and will require another operation.

Bonner said: “There are two parts to his surgery. He had one part of it done and he has another to get done.