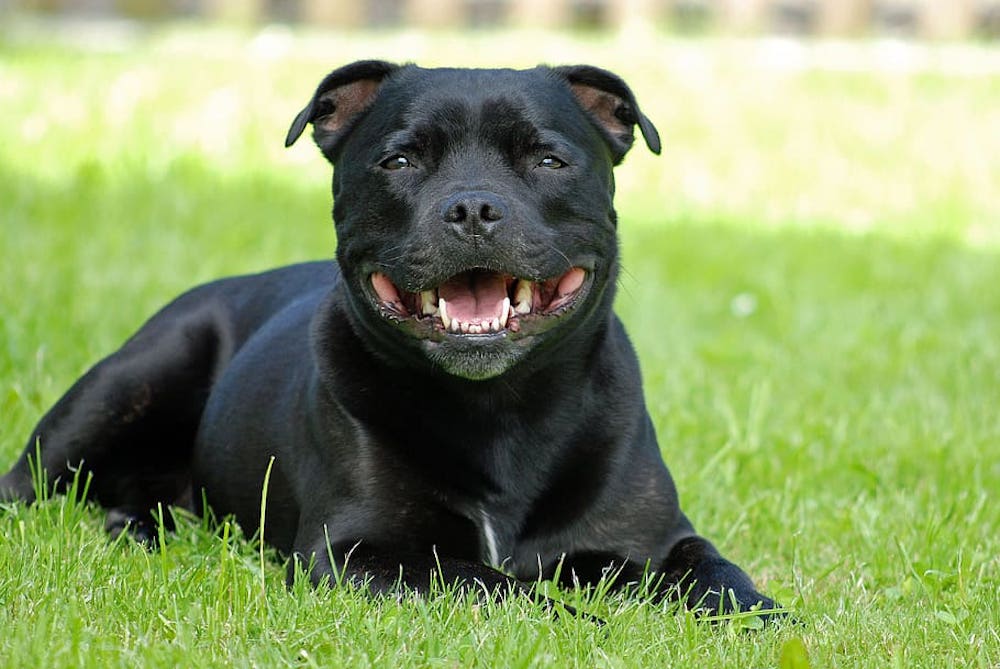 A DONEGAL man has been fined after three of his dogs attacked another dog being walked by a dog-sitter.

Runciman (53) of Taobh An Struthain, Buncrana was before Buncrana District Court on charges relating to the incident.

Sergeant Jim Collins said that a Ms Logue was dog-sitting the Cocker Spaniel and had taken it for a walk before it was to be collected by the owner.

Runciman shouted to Ms Logue ‘don’t move’ as the three dogs raced towards her and attacked the Cocker Spaniel. The court heard that the dog was badly injured and had to be taken to the vet.

Runciman was charged with not having a Staffordshire Bull Terrier, ‘Sash’, securely muzzled and also not having the same dog led by a sufficiently strong leash/chain.

The Court heard that no dog licence was produced for ‘Patch’ while Runciman was also charged with having the dogs unaccompanied or not controlled.

At the time of the incident, Runciman was taking his dogs from his house to a vehicle on the driveway.

“The concern is that, as a dog owner of experience, it’s clear that he should be aware of the law that’s in place,” Judge Paul Kelly said.

“They are renowned for aggression and a propensity to fight. They are originally fighting dogs.  He should be conscious that they can get out and cause damage. They are known to be quite savage animals. That is all too clear from the evidence.”

Defence solicitor Mr Frank Dorrian said his client was ‘a dog lover and certainly not a proponent of injuring other dogs.’

“He was the unwitting author of the other animal’s misfortune and he was trying not to have his dogs at large,” Mr Dorrian said.

“He had no foreknowledge. This wasn’t a wanton act. There was a chain reaction that is very much regretted  by him.”

Judge Kelly fined Runciman €250 each on two of the charges of not having dogs securely muzzled. He marked the other charges into consideration.