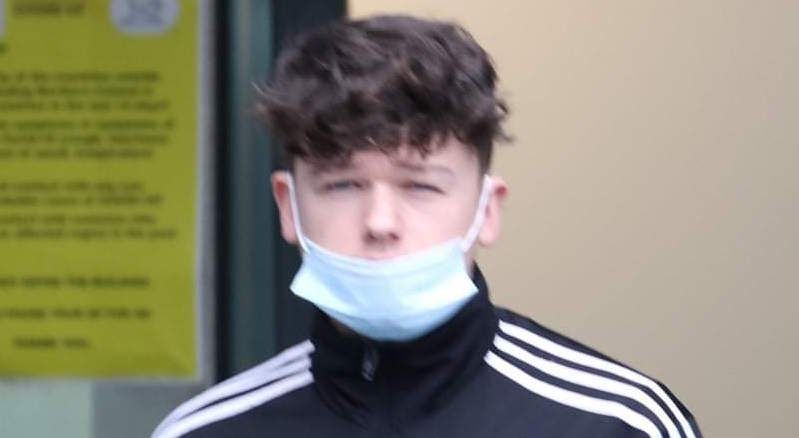 A young man who went on the rampage and attacked a Garda car with a traffic cone causing €1,392 of damage has appeared in court.

Corey Thompson, aged 19, was drunk and returning from a music festival in Newtowncunningham on July 27th, 2019.

Thompson, for no apparent reason, began to attack the garda patrol car which was parked directly outside the local Garda station at 2.10am.

He broke a wing mirror and caused several major dents in the car which cost €1,392 to repair.

Gardai from Lifford rushed to the scene but the attacker had already fled.

CCTV was viewed which showed Thompson attacking the car with a traffic cone.

He was also observed punching the car several times.

Thompson appeared at Letterkenny District Court along with his mother where he pleaded guilty to the charge of attacking the patrol car.

When asked by Judge Paul Kelly why he attacked a Garda patrol car with the traffic cone, Thompson replied that he could not remember.

Judge Kelly asked him if he had a drink problem but Thompson replied that he did not and that he hadn’t taken a drink since.

The court was told that Thompson was now working as a steel fixer in Co Kildare and earning around €450 a week.

His solicitor Patsy Gallagher said his client was not in the same circle of friends which he had been in and was trying to further his career in construction.

Judge Paul Kelly said that he was directing that the €200 bail money be forwarded to Letterkenny Youth and Community Club.

He also allowed Thompson a year to pay the compensation for damaging the patrol car and applied the Probation Act.