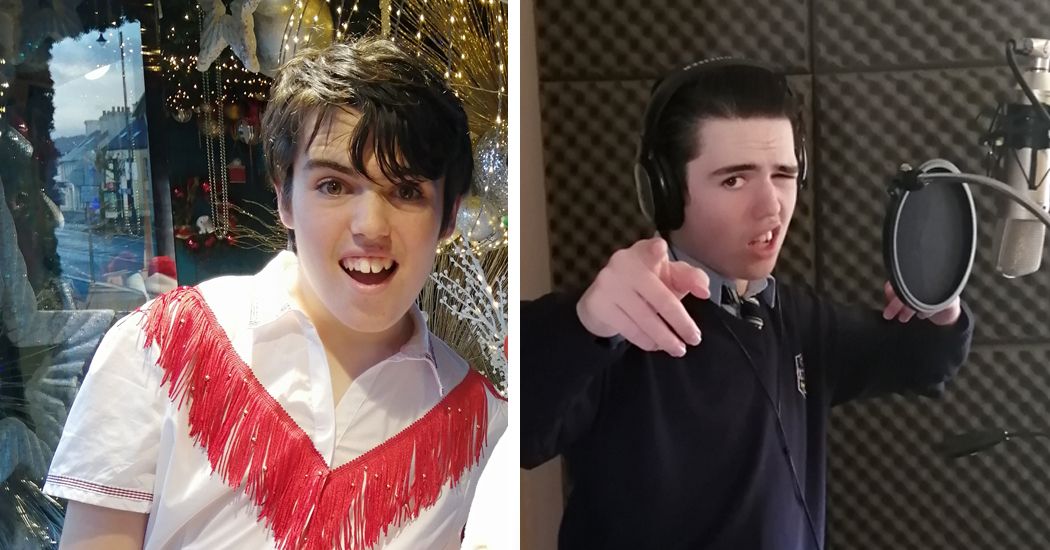 A Donegal school has refused to let the pandemic get in the way of their annual Christmas Concert.

Staff and students of Finn Valley College have decided to tread the virtual boards to take their show online this year with the usual mix of song, dance and comic mayhem.

This year’s theme is 12 Acts of Christmas  with a new performance released on the school’s Facebook and Instagram page every day from December 10th to 21st. If the quality of the early numbers is anything to go by it should prove a popular show.

Act number one really got the show on the road, with local lad, second year student John Gregg, impressing with a cover of the old Elvis hit ‘Can’t Help Falling in Love with You”. Watch here:

This was followed up the next day with a zoom skit involving a very Donegal sounding Donald Trump looking for some work at the North Pole as all the reindeer were down with the virus.

A couple of old favourites are back this year with the Soggy Bottom Boys reforming after their pre- Covid acrimonious split following their disastrous tour of Ederny, Killiter and Frosses.

The creative caps were certainly on to ensure a fabulous glow stick number choreographed by Ms McCafferty while a haunting Christmas tune sung by Caitlin McNulty will surely melt even the scroogiest of grinchy hearts. 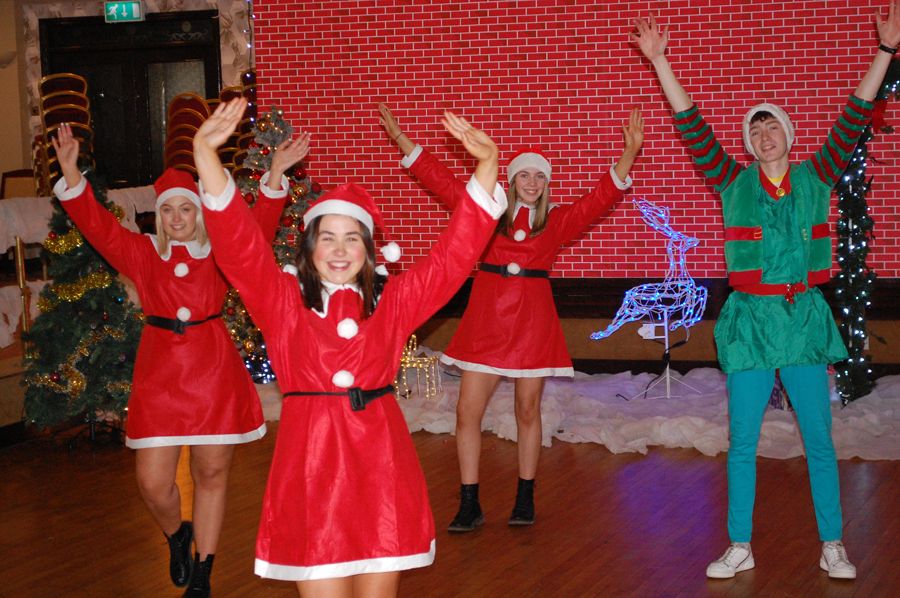 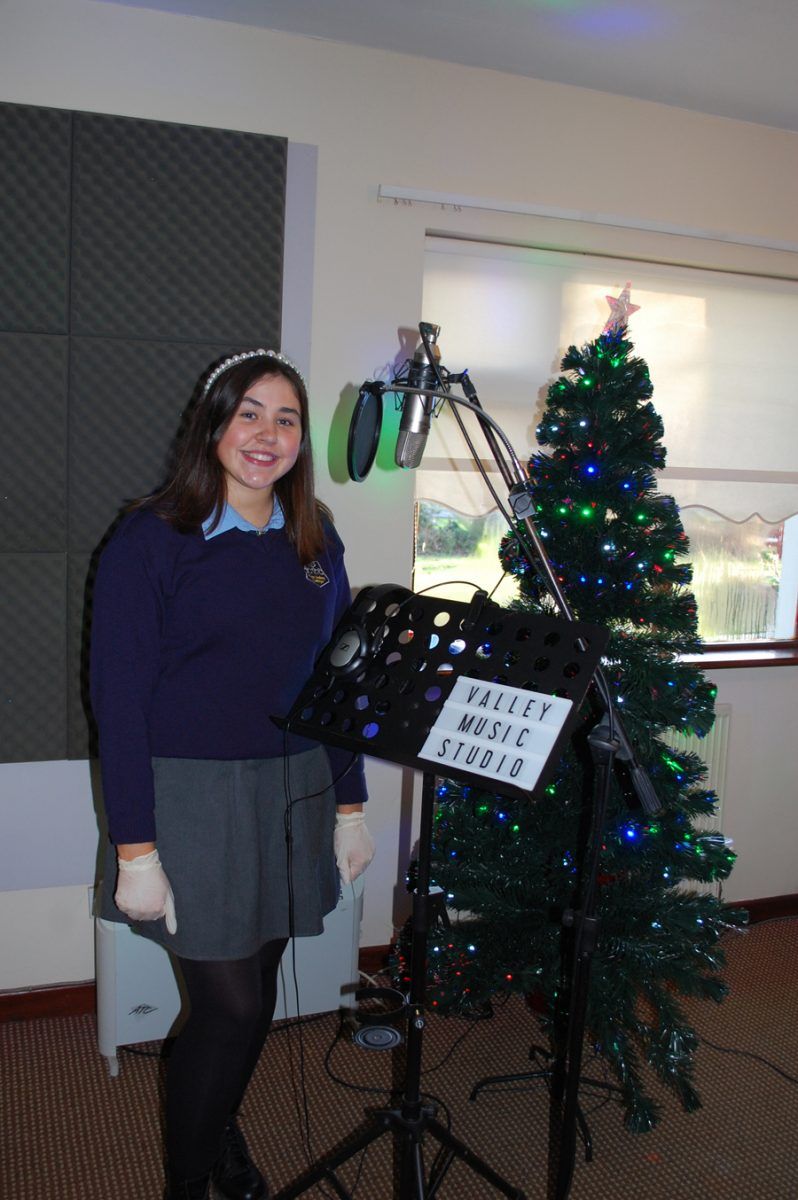 Caitlin McNulty sings a classic Christmas number one from the 70s 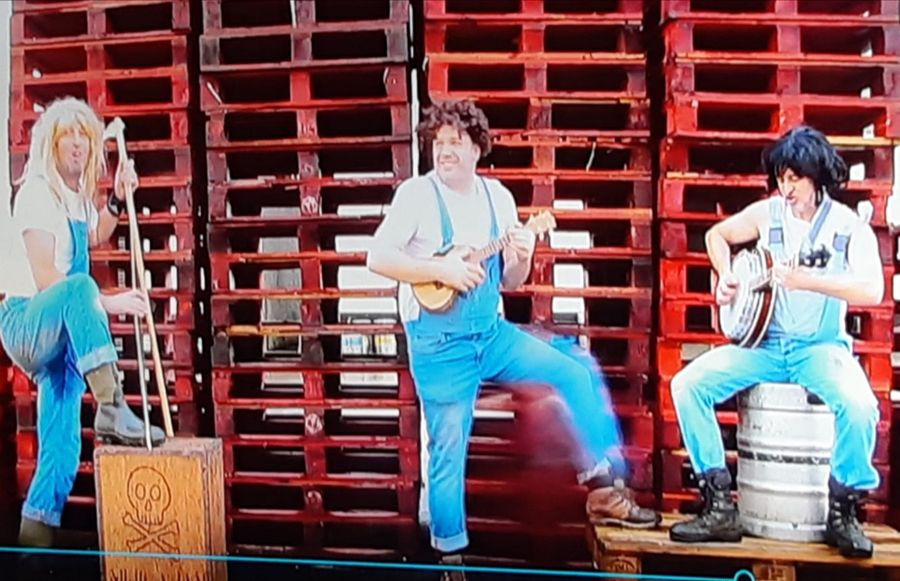 The concert series includes a rich mix of filmed and recorded songs, dances and sketches.

Last week, with lockdown eased, students were transported individually to Valley Recording Studios just outside Ballybofey where local man Terry McGinty captured their performances. With teachers Shaun Byrne, Lisa Traenor, Nicole McCafferty and Freddie Godliman helping out with rehearsals things quickly took shape. Next up videos were filmed and edited by Holly Murray and multitasker Paddy Mcdaid with the idea being to try and place the acts firmly in the locality. 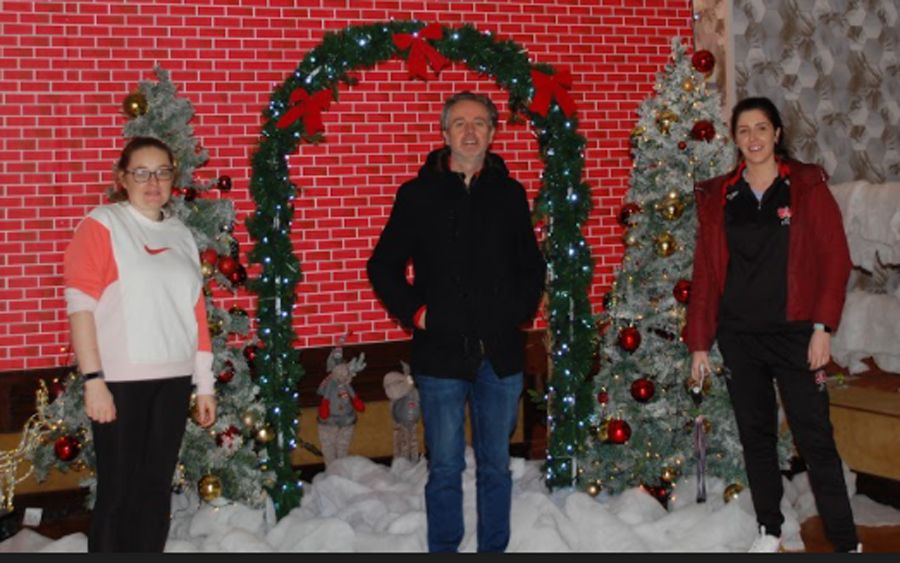 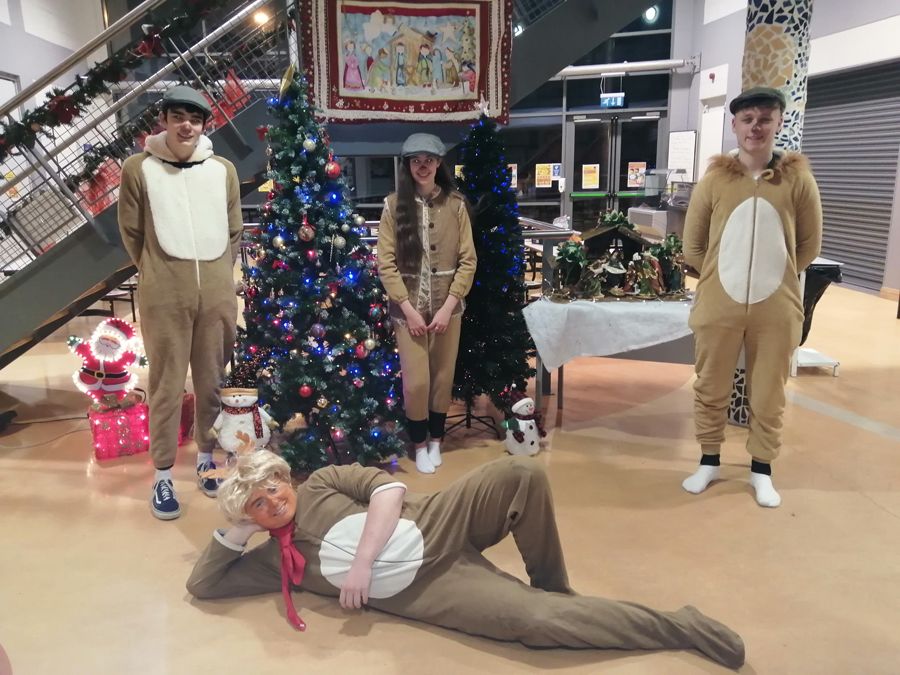 “Normally we would have upwards of 100 students on stage in the Balor with maybe a dozen or so staff thrown in as well” said Shaun Byrne. “Of course this year that wasn’t possible, numbers wise, but we still felt that we had to mark the occasion. It’s been a different and indeed difficult first term for both staff and students getting used to the new normal of masks, social distancing and sanitising.”

As Freddie Godliman noted, “The leaving certs especially missed out with no prom or Christmas Party so we felt the mood of the place needed lifting and what better way than with a show. Of course rehearsals were tricky especially with the dance acts and the sketches too so we had to get a bit more inventive.”

Nicole McCafferty realised the need to allow the students to continue with their yearly concert: “The popularity of our annual show, that always enjoys sold out performances at the Balor, and the wish to keep the tradition going and not bow down to the current restrictions was also a factor in our decision.”

Lisa Treanor added, “Themes in the past have included “Magic of the “Movies”, “Soultime” and “The Grand Ole Opry” but this year we felt that a Christmas theme was more fitting. When Shaun came to us with the idea we didn’t need much convincing.”

With dances, poems and songs to entertain all ages, the school and performers certainly live up to the old theatrical adage “The Show Must Go On.”

Special thanks goes out from the team to all who helped in bringing this idea from page to virtual stage. So why not log on to Facebook or Instagram and join in with the festive fun.