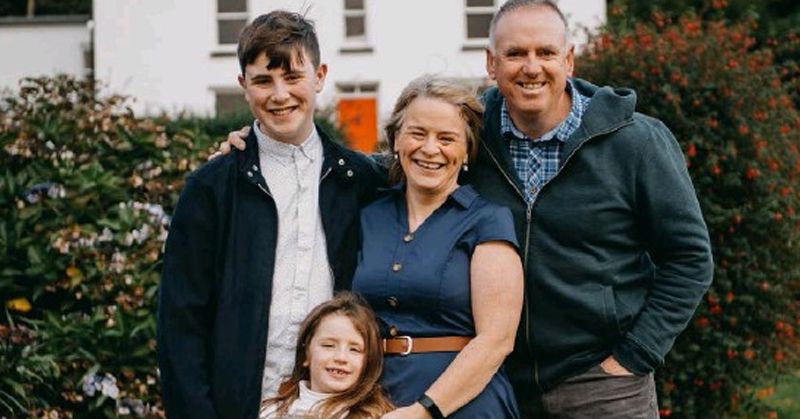 Brave Geraldine Mullan has left a loving Christmas message for her family who perished in a horrific car accident earlier this year.

The popular nurse was left devastated when her loving husband John, 49 and children Tomás, 14 and Amelia, 6, all perished when their car crashed into Lough Foyle on August 20th last.

The family were returning home from a family day out bowling and watching a movie when tragedy struck.

Geraldine was plucked from the water by passers-by despite her desperate pleas for her to be allowed to be with her family.

Her bravery and strength at her family’s funerals and the love she has voiced for them since their passing has captured the imagination of the nation.

She recently appeared on RTE’s Primetime with Miriam O’Callaghan and asked people to tell eachother how much they loved one and other. 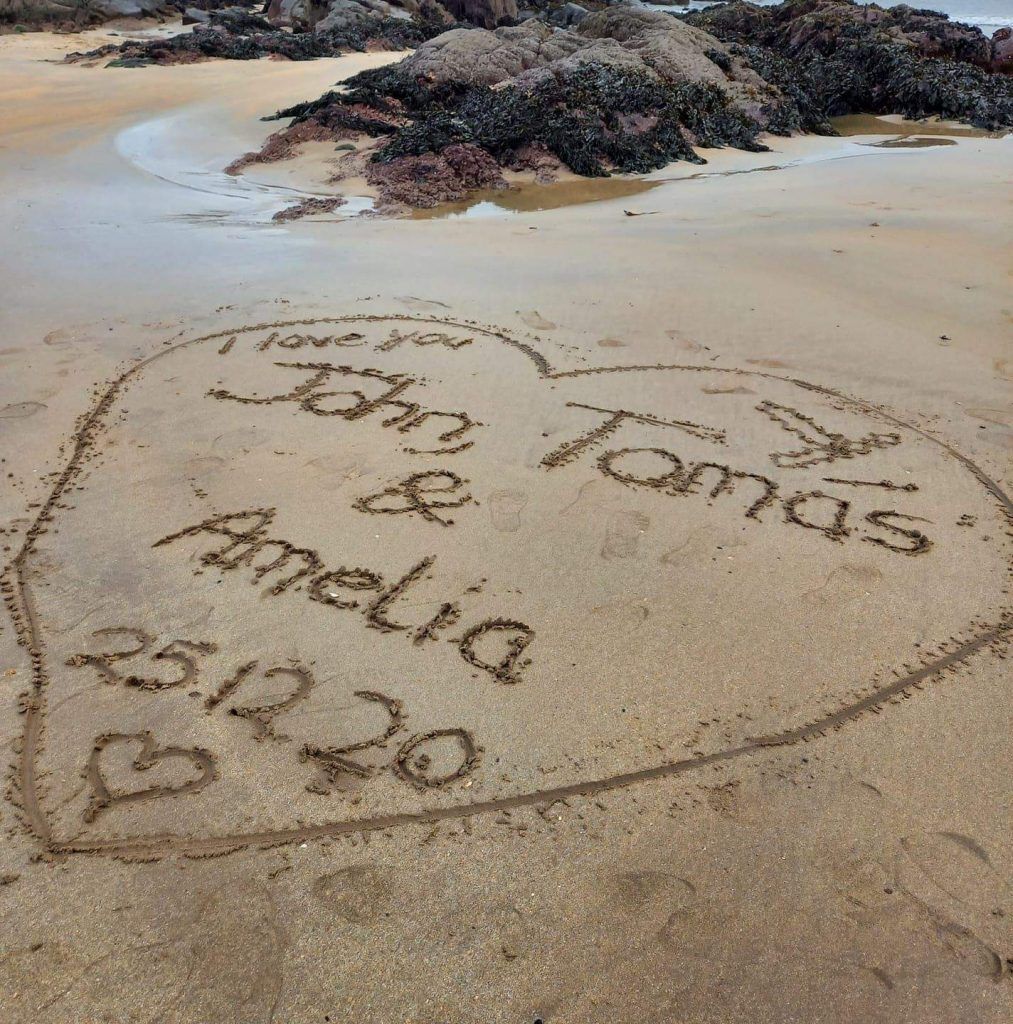 On Christmas Day Geraldine, who is a nurse at Letterkenny University Hospital, visited a local beach in her adopted hometown of Moville on the Inishowen Peninsula.

She poignantly wrote the names of her family in the sand telling them how much she loved them and sealing it with a heart and the date.

Geraldine took a picture of the touching scene and posted it as a profile picture on her Facebook page the following day.

She has received hundreds of messages of support from people across the country after she posted the heart-wrenching photo.

One woman, Mary Kelly, wrote “Geraldine, I don’t think there was a house in Donegal that did not think of you the last two days especially. Sending you hugs.”

Meanwhile, Geraldine’s own community of Moville will come together in a very special way to remember her family and all those hit by tragedy during 2020.

Locals in the parish have come with a Shine A Light initiative which will remember those also affected by Covid and other tragedies throughout the year.

As well as remembering those hit by tragedy in 2020, the initiative aims to bring hope and optimism for the coming year, 2021.